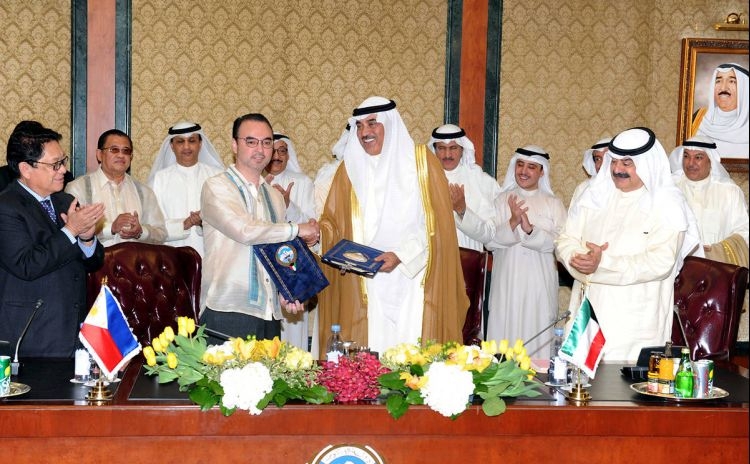 Sheikh Sabah Al-Khaled received the Filipino counterpart at the Kuwaiti Foreign Ministry and the two sides held talks on promoting bilateral cooperation in all fields.

They reiterated the historical ties between Kuwait and the Philippines, expressing readiness to overcome the "exceptional circumstances" of bilateral relations over the past weeks.

Sheikh Sabah Al-Khaled held a luncheon banquet for the Filipino Secretary and his accompanying delegation.

The talks were attended by Kuwait's Deputy Foreign Minister Khaled Al-Jarallah and Assistant Foreign Minister for Sheikh Sabah Al-Khaled's Office Ambassador Sheikh Dr. Ahmad Nasser Al-Mohammad Al-Sabah, and senior officials at the Kuwaiti Foreign Ministry, together with each country's ambassador to the other.