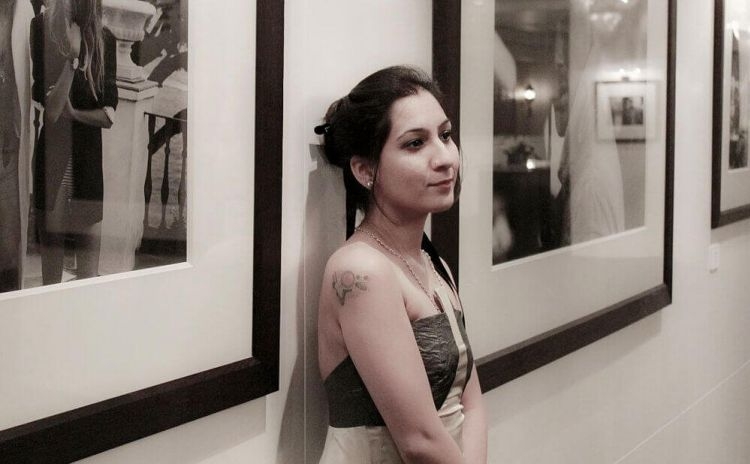 KUWAIT CITY, April 25: Kuwaiti singer Emma made a big buzz when she appeared as a guest on the talk show entitled, “Al-Saif,” with presenter Faisal Al Ajmi, reports Al-Seyassah daily. Emma uttered fiery statements during the show, thereby, provoking the ire of viewers.

When asked about her religion  — whether she is Muslim or a Jew, she said,  “Arabs are supposed to be tolerant. If I am a Jew, others should tolerate me. If I were a Jew, it would be an honor for me.”

On her nationality, she revealed she does not prefer being called ‘Emma Al-Kuwaitiya.’ She disclosed she sings Hebrew songs and nine other languages, admitting that she performed for the Jewish community in the USA. She said the US society is more open-minded and they live in peace, indicating Kuwaiti students in the US are under the tutelage of Jewish and Israeli teachers.  She added that she rejected many invitations to perform in Israel, claiming many Kuwaitis and Muslims are traveling to Israel.

The artist is an honored guest in the comic artistic work which is famous for its harsh criticisms and its focus on problems encountered by Gulf and Arab citizens.

On the other hand, Al-Otaibi revealed that he immensely enjoyed working with Abdul Reda. Actor Ahmad Iraj recently finished the shooting of his role in the movie “Serb Al-Hamam” (Flock of Pigeons), reports Al-Qabas daily.

The scenes of the movie were shot on Failaka Island. The movie, which is expected to be released next year, is produced by Sheikha Intisar Salem Al-Ali and directed by Ramadan Khasrooh. Actress Farah Al-Sarraf has finished the shooting of her role in the TV series “Kan Fe Kol Zaman”, reports Al-Anba daily.

The series includes elite stars such as Suad Abdullah among others. It is written by Heba Meshari and directed by three directors — Mohammad Al-Qafas, Essa Diyab and Saed Basher Al-Hawari.

The prominent writer Awatif Al-Bader will participate in Al-Sharjah Children’s Reading Festival this year, which will be held on April 19-29 in Sharjah, the United Arab Emirates, reports Al-Anba daily.

Al-Bader was invited by Al-Sharjah Writers Authority. The event will include several cultural, educational and artistic activities including an exhibition of children books and various other activities for children.

During the event, Al-Bader will hold a seminar titled “The role of Internet and social media … and their impact on children and youths”. In the meantime, two new dramas “Memoirs of Sailor” and “Tiger Flaw” were performed as part of the activities of Kuwait International Monodrama Festival held inside Dasma Auditorium, reports Al-Rai daily.

In the Memoirs of Sailor, versatile actor Mesdhari Al-Mujaebil filled the hall with excitement during the fourth day of festivities, as he interpreted the role of a sailor flawlessly and with passion.

In the second drama, Tiger Flaw, Nasser Karmani blended the three roles of the script writer, producer and lead actor in a fantastic way. He made sure that each of the roles did not affect the other, as observed in such instances. He gave a good account of himself and delivered the message of the drama successfully.