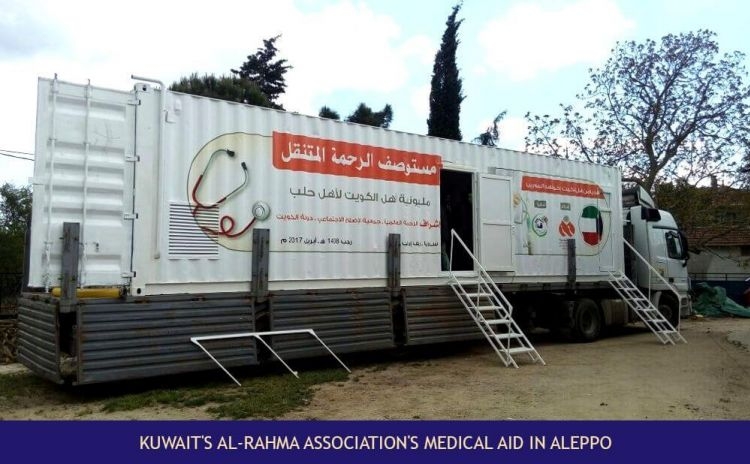 In a statement to KUNA Tuesday, head of Al-Rahma in Syria Waleed Al-Suwailem said the clinic provides services for children, women, and men, and conducts simple surgeries and presents preventive medical advice for displaced people at camps.

The lack of hospitals and medical services at these areas pushed the association to dispatch the clinic so as to alleviate the suffering of the displaced people in that city, he noted.

He said that many necessary medications are badly needed for many children, women and elderly people who are suffering from chronic diseases, referring to the spread of many epidemic and diseases at camps due to little awareness. (end) ta.hm