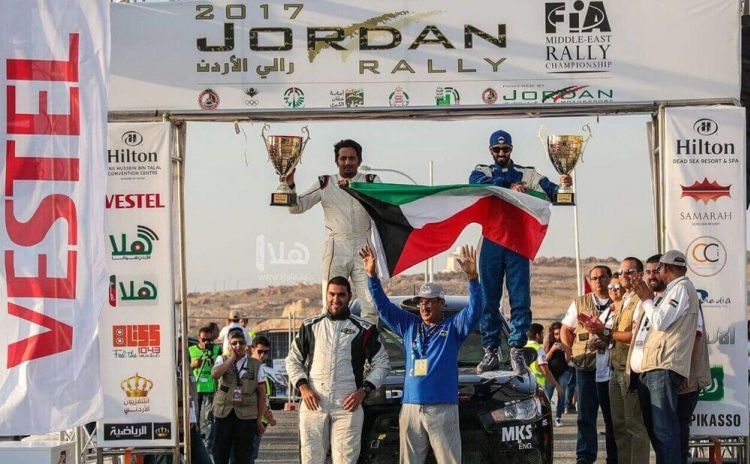 AMMAN, May 6 (KUNA) -- The Kuwaiti driver Mishari Al-Thefiri came third at the third stage of the Middle East Rally Championship (Jordan Rally 2017) that concluded in the Dead Sea area on Saturday.

He maintained his lead in the general ratings of the championship with 53 points, followed by Qatar's Nasser Al-Attyah - 46 points, and Rashid Al-Na'imi - 39 points.

In today's race, Al-Attyah came first, followed by Bo-Samra, of Jordan, in the second place.

The 21-stage championship opened on May 4 with 12 competitors taking part.