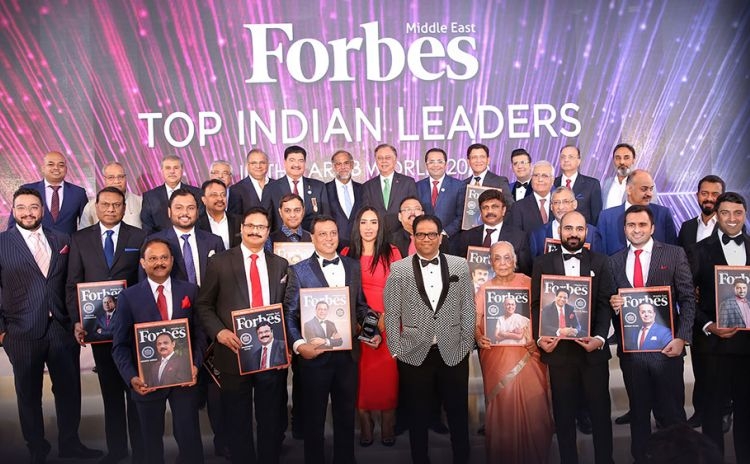 Over 100 Indian nationals, mainly businessmen and executives that are based in the UAE, have just been recognised for their “phenomenal success” in the Arab world.

These expatriates are among the top 100 business owners and 50 Indian executives that made it to the Forbes Middle East’s Top Indian Leaders 2018 rankings.

At least three of these trailblazing individuals, who are now self-made billionaires in UAE with a combined net worth of more than $12 billion, are leading the rankings, with retail magnate Yusuff Ali M.A., managing director of LuLu Group International, taking the crown as the top business owner.

As of March, the Indian tycoon is the third-richest self-made billionaire in UAE with a net worth of $5 billion.

Also UAE-based businessmen B. R. Shetty, who holds a net fortune of $3.6 billion, and Ravi Pillai, with a net worth of $3.5 billion, are ranked second and third, respectively.

Leading the list of top executives in the Arab world is Sanjiv Kakkar, who works as an executive vice president (VP) at Unilever, taking care of the company’s operations in the Middle East, North Africa, Turkey, Russia, Ukraine and Belarus.

Following closely behind are two other Indians occupying the top posts in big businesses: Kalyana Sivagnanam, president and regional VP at Nissan for the Middle East, Africa and Indian, and Adnan Chilwan, group CEO at Dubai Islamic Bank.

The top businessmen were selected based on a number of factors, including how much financial and employment impact they’ve created and how long their company has been in business.

For top executives, the nominees were ranked according to experience, job title or the importance of their role in the organisation, as well as company revenues and payroll size.

The successful expatriates were honoured by Forbes during a ceremony.