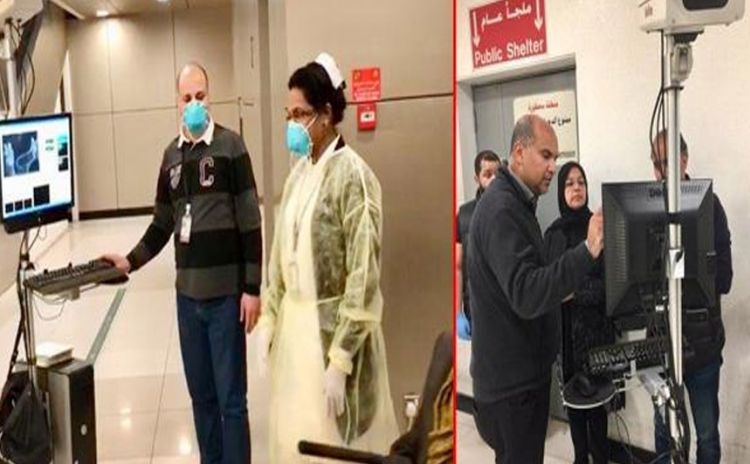 The Ministry of Health is taking precautionary measures at a number of outlets in the country after the new coronavirus has reportedly spread in a number of Chinese cities and transmitted to some regions of the world infecting hundreds of people, reports Al-Anba daily.

The sources revealed that the Ministry’s National Center for International Health Regulations met with a representative of the Directorate-General of Civil Aviation (DGCA) and the head of the health emergency team at the airport to deal with the current situation. The sources pointed out that the meeting ended with the necessity of implementing and activating coordination with the Ministry of Interior (Ports and Passports Department) and facilitating the Ministry of Health’s procedures for taking precautionary measures and installing thermal cameras, in addition to making sure of the preparedness of the health clinics and isolation rooms at the airport and providing health protection tools for airport workers such as gloves and masks.

For its part, DGCA has taken preventive measures regarding passengers arriving at the Kuwait International Airport, in line with the instructions issued by the Ministry of Health, as a precautionary measure to refer passengers to examination.

Meanwhile, the Kuwaiti Embassy in Beijing called on visiting Kuwaitis and those living in China to exercise caution and take measures to prevent infection of the new coronavirus. Kuwait also on Saturday advised its nationals against nonessential travel to Hong Kong and Macau, as mainland China struggles to control the new strain of coronavirus, which has already killed dozens of people.

Hong Kong’s government has put in place the highest state of emergency in response to the outbreak of coronavirus, closing all primary and secondary schools after five cases of the pneumonia-causing virus were reported, said Salah Al-Seif, Kuwait’s consul general in Hong Kong and Macau. Kuwait’s General Consulate in Hong Kong has set up an emergency hotline at 0085298211669 in case urgent assistance is needed, he said.

More airports are beginning to screen passengers arriving from China amid growing concerns Friday over the outbreak of the new virus there that has already killed more than two dozen people and sickened hundreds. The energy-rich Gulf Arab nation of Qatar, home to long-haul carrier Qatar Airways, said it had installed thermal scanners at its main hub, Hamad International Airport.

Kuwait announced similar measures late the night before at Kuwait International Airport, joining the United Arab Emirates and Saudi Arabia, which on Thursday announced screenings for all passengers arriving on direct flights from China, including at Dubai International Airport, the world’s busiest. Kuwait’s state-run news agency said isolation rooms had also been opened at Kuwait International Airport for passengers suspected to have the virus. Elsewhere in the region, Bahrain said it was taking unspecified steps over the virus. China has shut down Wuhan and other cities in the Hubei province, which is the center of the outbreak of the newly identified coronavirus.

A scattered number of cases have been confirmed in other countries, but there are fears that during the travel and festivities accompanying Lunar New Year starting this weekend the virus could spread more widely. The US State Department on Thursday pulled all nonemergency American personnel and their family out of the province, and issued a travel warning urging people not to visit Hubei.

In Pakistan the Civil Aviation Authority said Friday all passengers coming from neighboring China will be screened for the virus, and any suspected of being infected will be kept in isolation at designated hospitals.

Officials say the number of Chinese nationals travelling between Pakistan and China have seen a considerable increase in recent years because of Beijing’s billions of dollars investment in infrastructure development projects.