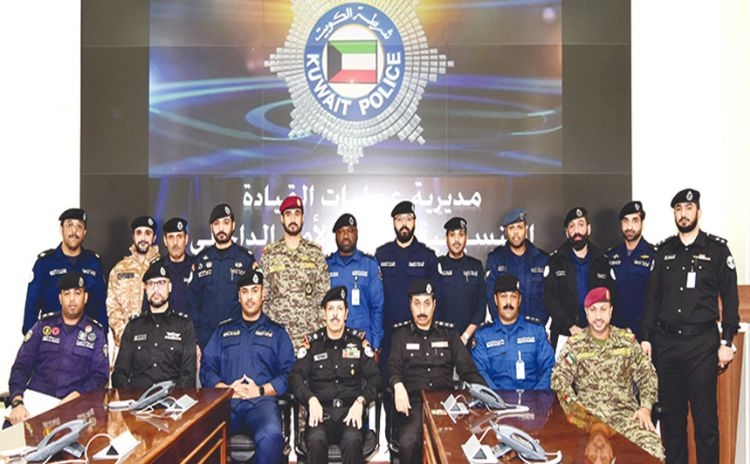 The Interior Ministry announced yesterday a hotline through which callers can submit complaints directly to the General Investigations Department. In a statement to the press yesterday, the relations and security information department at the interior ministry said the General Investigations Department has set up a hotline to receive complaints around the clock.

Meanwhile, the service centers directorate said yesterday that service centers that operate on weekends will remain closed on Saturday, Jan 4, 2020, on the occasion of the start of the new Gregorian year.

Fire broke out in a two-storey house in Yarmouk Saturday night. Farwaniya and industrial Shuwaikh fire stations responded, and firemen found the fire was in the kitchen. Power supply was cut off and the fire brought under control. No casualties were reported.

The training program “Preparing Security Plans – 4” concluded at the coordination command under the patronage and presence of director general of coordination command operations for the protection of domestic security Maj Gen Staff Dr Mohammad Al-Daihani. Sixteen officers participated in the program – 12 from the interior ministry, two national guards and two from the fire department.