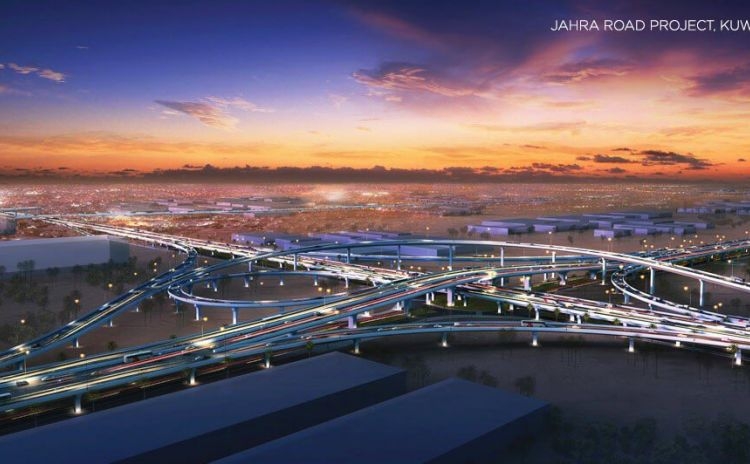 The Ministry of Public Works announced yesterday that the elevated portion of the Jahra Road Development Project is set to open in its entirety tomorrow morning. Marking this important milestone, an opening ceremony will be held under the patronage of the Minister of Public Works, Engineer Ahmed Khaled Al-Jassar. Al-Jassar is scheduled to visit the newly opened section of the road, which extends from the beginning of the road until the end of the bridge located near Kaifan and Shuwaikh Residential areas.

In this context, Engineer Ahmad Al-Hassan, the Assistant Undersecretary for the Road Engineering Sector at the Ministry of Public Works, said that the all the final works on the bridge have been recently completed, including all asphalt, planning and finishing works. Al-Hassan pointed out that this latest opening is the fourth one to take place in the project, and is the most important one to date. With this newly opened section, which stretches for 5 km, the nearly 8 km Jahra Road mainline will now be fully open to the public.

Hassan pointed out that road users heading towards Kuwait City from Jahra can now use the bridge, from its starting point at the Andalus and Granada areas (before the UN roundabout) all the way to the end of the road at Kaifan (in front of Kuwait Sporting Club). Drivers can also use the recently opened exit ramp located in front of the Ali Al-Sabah Military Academy.

Al-Hassan further added: “With this opening, the elevated portion of the Jahra Road mainline will now be open in its entirety to road users. Not only will this improve traffic flow in the area, but it also will reduce congestion under the bridge in all the surrounding areas, which are some of the most vital ones in the heart of Kuwait – housing the main government hospitals, the Public Authority for Applied Education and Training, and Kuwait University, in addition to several key industrial, residential, governmental and military areas.”

This mega project involves the construction of 17.7 km of viaducts, including 8 km of mainline Jahra Road, 2.4 km of bridges on linked roads and 8.0 km of ramps. In addition in comprises the construction of a trough (located at the 2nd Ring Road intersection), 10 pedestrian bridges, and a number of service roads.