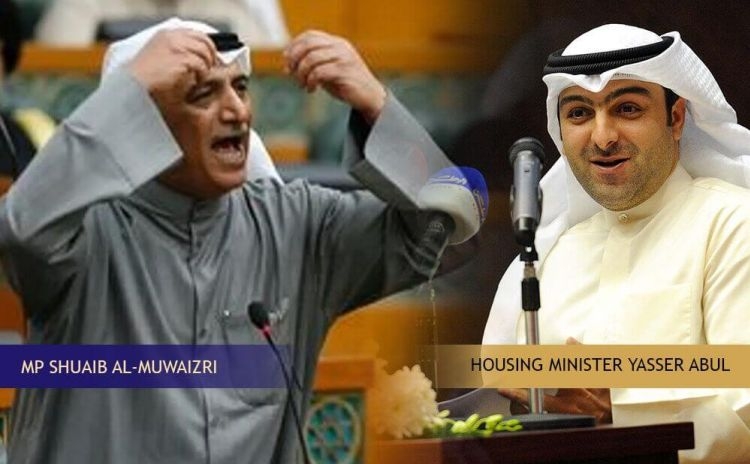 After a series of motions to grill the Prime Minister, the Housing Minister is now under scrutiny. Housing State Minister Yasser Abul is prepared and ready for grilling.

"The interpellation is a right for the MPs and the Government is not concerned for being grilled and we will respond to and refute the axes and the final opinion will for the MPs," said Minister Abul after the follow-up regular session which witnessed debates on the government housing schemes.

Minister Abul affirmed the MPs' right to be acquainted with the State housing projects, their schedules, and adherence to the timetables, also emphasizing keenness on taking into consideration the legislators' remarks.

MP Shuaib Al-Muwaizri is seeking to question the minister about purported failure to bring into account the companies that made grave errors in the construction of government houses in northwestern Al-Sulaibikhat, Jaber Al-Ahmad, and Sabah Al-Ahmad, breaking the laws with respect to the housing projects in Al-Metlaa and Khairan and misleading the lawmakers during today's debate. (end) fn.rk