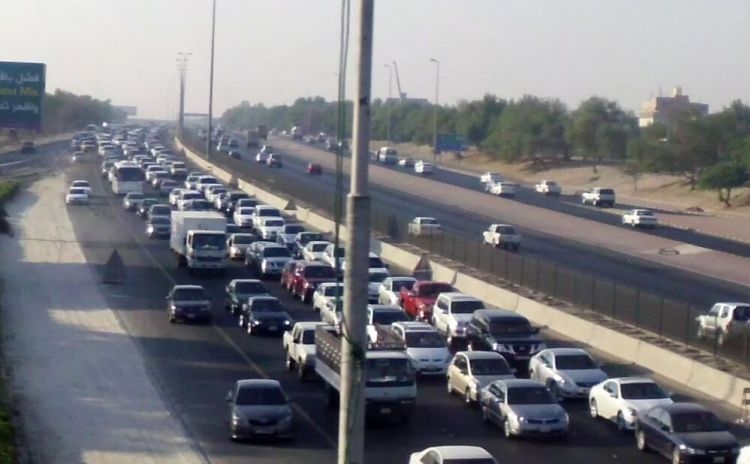 March 23: One of the main issues tormenting the nation is traffic congestion and MP Talal Al-Jallal in a parliamentary query to the Deputy Prime Minister and Minister of Interior Sheikh Khalid Al-Jarrah Al-Sabah wants to know what causes the traffic bottlenecks on all streets across Kuwait and what measures have been taken by the General Traffic Department to solve this problem.

The lawmaker has asked the minister to provide him copies of studies made and decisions taken over the past three years to solve this thorny issue. He also wants to know the number of driving licenses which have been issued to the expatriates in Kuwait, particularly the number of licenses issued by the Capital Traffic Department from Jan 1, 2017, to date.

He wants to know if it is true that some licenses have been issued in violation of the Ministerial Decree No. 5598/2014 and the number of technical inspection transactions of companies and individuals completed by the Office of the Assistant Undersecretary for Traffic Affairs complete with all documents.

Furthermore, MP Mohamed Al- Huwailah has presented a bill on the establishment of Public Opinion Poll Authority. In his explanatory memo, the lawmaker stressed the importance of creating this authority saying some countries have preceded Kuwait in creating agencies to survey and measure public opinions on various issues - economical, political, health, education, and security to help support the decision-makers. He stressed these agencies look at economic issues in addition to social and political reform.

The agencies, he said, also seek to address the reform issues which affect the course of development in the short and medium-term and analyze the current situation to examine changes that surface in various areas. Meanwhile, the Head of the Legislative and Legal Affairs Committee of the National Assembly MP Mohamed Al-Dallal said the committee next Sunday will discuss the conflict of interest, anti-corruption, and transparency laws separately and examine the possibility of merging them in one law. He noted the committee is keen to finalize these laws as soon as possible and sent them to the National Assembly for the final nod during the current legislative round. He said the committee is working to pass laws which protect the identity of the citizens.

In another development, the Budget and Final Accounts Committee Chairman MP Adnan Abdulsamad disclose the government is planning to either cancel the Public Authority for Roads or change its name. This came after the committee meeting during which HH the Prime Minister was present. He also pointed to the encroachments on state property on the Failaka Island and cited projects without contracts and without regulators. He added, the Finance Minister has vowed to remove all encroachment in Failaka and that the Prime Minister has responded to the requirements of the Budgets Committee especially concerning the separation of powers.