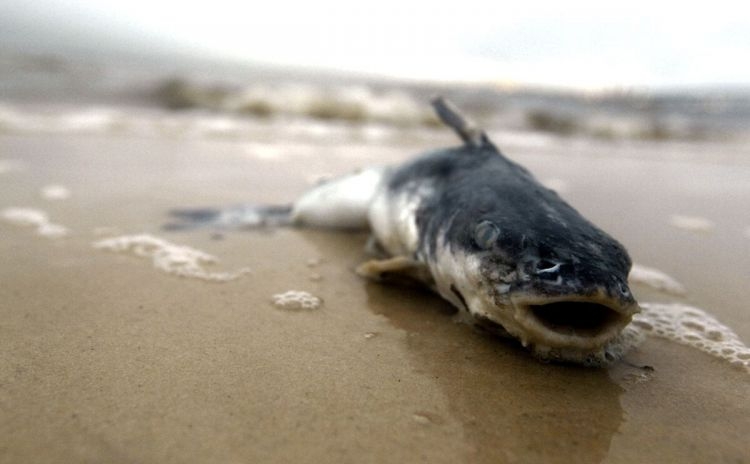 KUWAIT CITY, April 29: Lawmakers have called on the concerned government authorities, especially the Environment Public Authority (EPA), to reveal the reason behind the fish kill and to stop blaming fishermen for this serious and recurring incident. In a press statement, Al-Kandari stressed the need to quickly address the problem which threatens the country’s food security.

He urged EPA to submit a detailed report to the Parliament, emphasizing the need for a thorough investigation considering the problem recurs every year without any radical solution. He called on the legislative and executive authorities to take responsibility and to hold accountable anybody proven to have caused the problem.

MP Abdul Karim Al-Kandari underscored the need for the government to take action immediately due to the rising fish mortality and pollution levels in Kuwait’s seas. He said those who tried to disregard the problem made it look like a passing cloud and then pointed accusatory fingers at fishermen.

MP Riyadh Al-Adsani called for intensified efforts to solve the problem on the part of competent authorities such as EPA, Kuwait Institute for Scientific Research (KISR) and Public Authority for Agriculture Affairs and Fish Resources (PAAAFR). He added the ministries of Commerce, Health and Municipality Affairs must work towards continuous inspection and ensure strict compliance with regulations to protect public health. He said the Ministry of Interior must conduct aerial inspections to determine the extent of the environmental catastrophe. He also unveiled a plan to ask the parliamentary Environmental Affairs Committee to conduct investigations, stressing the government must bear the responsibility considering this is not a new problem and millions have been spent to solve it. He went on to say that preserving the natural stock of fish and ensuring the safety of marine environment should be the priorities of the executive and legislative authorities.

Earlier, the Kuwaiti Fishermen Union denied the accusation that fishermen caused the fish kill. In its official statement, the union asserted, “With broken hearts, we closely followed up the fish kill issue, including the accusations that EPA hurled at fishermen. We were surprised that despite the facts presented to EPA, it keeps on blaming fishermen. “We call on EPA to reveal the truth and stop making accusations without evidence. Fishes are dying due to the high level of sea pollution and the concerned authority is hurling accusations without conducting investigations. This happened despite the publication of photos showing the fish kill phenomenon on social media. “We, the fishermen, are keen on maintaining the safety of the marine environment more than others because it is our only source of livelihood. EPA must shoulder its responsibilities, protect the marine environment and prevent pollution in the bay which is the world’s second largest fish reserve.”

KUNA adds: The Ministry of Health on Saturday quashed social media reports on a statement warning against eating seafood, especially contaminated fish that can cause cancer. Neither the ministry nor its food lab has issued statements on fish mortality, spokesman Dr. Ahmad Al-Shatti, added in a press release. The lab receives local, and imported fish referred to it by the Kuwait Municipality. So far, it has not examined the dead fish, he said. The ministry is playing the due role, coordinating and cooperating with the bodies concerned with food safety, such as the Environment Public Authority (EPA), Al-Shatti said. He urged citizens and expats not to buy fish from the unlicensed and unofficial outlets that do not apply the least standards and conditions of food safety.