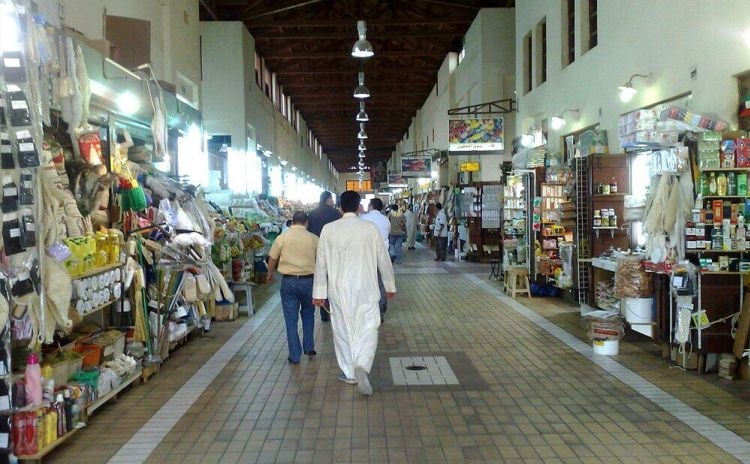 Al-Mubarakiah market reopened yesterday evening after it was shut down by protesting shop owners and merchants over a rent increase. The merchants reopened their shops after His Highness the Prime Minister Sheikh Jaber Al-Mubarak Al-Hamad Al-Sabah intervened – promising to resolve the issue. The Minister of Commerce and Industry Khaled Al-Rodhan visited the market yesterday to address the shop owners. “The decision (to increase the rent) won’t be applied until we solve the issue.

Also, the Speaker of the House Marzouq Al-Ghanim has agreed to correct any legislative mistakes in order to resolve the problem,” he stated during his tour yesterday. He promised to resolve the issue and apologized to the people of Kuwait for any mistakes in the contracts.

His Highness the Prime Minister affirmed his keenness on resolving the dispute. “The approach aims at preserving the rights, interests in a fashion that would safeguard the traditional features of the market,” the Prime Minister said. The government’s statement added that the Deputy Prime Minister and Minister of Finance Anas Al-Saleh, the Minister of Commerce and Industry and the Acting Minister of Youth Affairs Khaled Al-Roudhan have met with the shopkeepers at the market. They assured them on the government’s keenness on preserving the rights of all those working at the market in a manner that would not be at expense of its traditional features.

There’s a local saying in Kuwait, “Whenever you feel upset, go to Mubarakiya”. But on reaching Mubarakiya yesterday morning, anger and sadness overtook the cheerful soul of that place. At Souq Al-Gharabally in Mubarakiya, all the shops were closed on the day people all over the gulf region came to mark the beginning of the weekend. The first and top generation of traders and merchants in Mubarakiya closed their shops in protest against the high rental cost that increased to 500 percent. Senior Kuwaitis like to visit Mubarakiya every day. For them, it is more than a heritage place. It is their childhood and a place that was defined by their ancestors.

The Kuwait Commercial Markets Complex Company ran the market for twenty years with a BOT contract. In 2016, the company raised the rents 150%. Mubarakiya is like the Speaker’s corner at the Hyde Park of London. In each corner, you will see a mob around someone who desires to be heard. A number of traders, media, and political figures came to show their support and send a message to the competent authorities – demanding solutions to the crisis. Media veteran Aisha Al-Yahya stated “I was there yesterday and I saw elderly women crying inside the mosque after they heard about the rent increase. Millions of tourists from the Gulf region do visit Mubarakiya every weekend. This is a space where you can respire the essence of the past. This is a terrible injustice. Greed would wipe out what is garnered.”