Musallam Al-Barrak’s speech: “No consolation for sparrows and their dreams”

THE zeal in Musallam Al-Barrak’s tone cannot overshadow the rationality in the way his speech was phrased and the calmness in the way he dealt with major national issues. If this means anything, it means that this man has realized the concept of “if you want your demand to be met, do not demand what is impossible”. 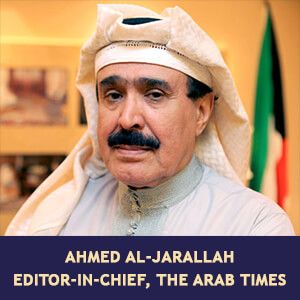 ​There is no doubt that 730 days in prison gave him the opportunity to reflect and contemplate on matters. It also allowed him to identify those who were aligned with him solely for their own interests. They can either be individuals or groups or those who used his ability to create a fuss, not because they were convinced by his stance but because he served their personal interests.

Regardless of their perspective, they stood with him, assuming he is the claws that will enable them to achieve their objectives. For instance, some wanted to use him to topple the government or dissolve the parliament, and perhaps change the constitutional course of the country.

At that time, some even believed that he is the tool which they can use to turn around this country’s rule, achieve their objectives and crash the entire country’s structure.

These people were the first to distance themselves away from him when the hands of the law caught up with him and he was referred to prison. They are the ones who tried, either openly or secretly, to exonerate themselves from any association with him at the imposition of their interests.

Even when he was behind bars, they wanted to take advantage of his issue for their personal gains by proposing laws which aim at protecting offenders and outlaws, exactly the same way they exploited other issues to indulge in national identity.

They went on to grant themselves the right to issue sureties associated with nationality for Kuwaitis and non-Kuwaitis, despite suspicions over some cases of citizenship.

Unfortunately, some do not learn from the life lessons of the past. Among them are those who assumed, when they visited Al-Barrak after he was released from jail, that the circumstances of yesterday have not changed, and that it is possible to reinstate him to his position to use him in the coming days.

However, Al-Barrak surprised them with his speech in which he put things into perspective of his stance, not the perspective of those who wanted him to once again serve their interests and agendas.

Indeed, what Musallam Al-Barrak did was excellent when he frustrated the plans of these people and made it clear that he is not their claws or rather their tool.

It is necessary to say that it is better for him to invest his energy, ability and also popularity in a constructive manner instead of wasting time in squabbles and offenses, which only serve those who fish in troubled waters.

If Al-Barrak returns to his self and adheres to Kuwait — the oasis of peace, security, and stability which the people of Kuwait are refusing to disturb regardless of the circumstances — he would bring an end to those who have been eager to use him as a tool to achieve their suspicious desires.

Those are the sparrows’ dreams; and no consolation for sparrows and their dreams.