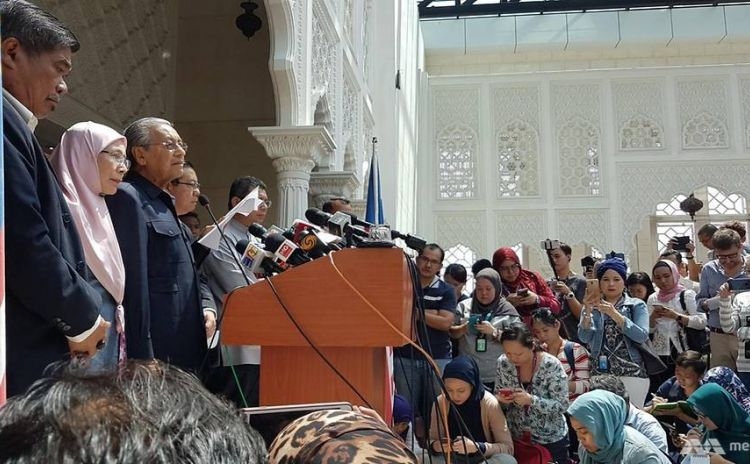 Newly-elected Malaysian Prime Minister Dr. Mahathir Mohamad said Friday that he would maintain his country's foreign policy regardless of ideology in an effort to promote Malaysia as a strong "commercial nation".

Speaking to the press, the 92-year-old politician said that Malaysia would try to remain neutral as a much as it can and keep good relations with the world.

The Prime Minister said that he would hold a meeting to form a coalition government, noting that the cabinet would only consist of important ministerial positions.

In a Malaysian National News Agency (BERNAMA) story, the Prime Minister promised to reduce the corruption in the country to a "very minimum level." He said this was because the new government acknowledged that corruption, especially political corruption, had badly affected the democratic process.

Dr. Mahathir Mohammad said that the new government was aware that it was impossible to completely erase corruption practices in the country.

"For example, the (14th general) election should have been free and clean but we found that this election was not clean at all. People were being bought." "The country's constituencies boundaries have been changed, all these things are worse than gerrymandering. It is really to favor the government (previous government)," he said.

He said the government would also look into whether the Election Commission chairman was involved in corrupted practices or being biased.

Dr. Mahathir Mohammad added that the government would study whether the Malaysian Anti-Corruption Commission (MACC) had been fair or not.

"If we find that they are biased or in favor of any group including ourselves we will have to change them and as we promised the new major heads of government would be vetted by Parliament." "To a question whether the new government will look into the 1MDB investigation which was cleared by the Attorney-General, Dr. Mahathir said the government is looking into the matter."

"We have to look into who the Attorney-General is. At the moment the Attorney-General has undermined his own credibility. He in fact has hidden evidence of wrongdoing and that is wrong in law." "We have to do what is permitted by the laws of this country. For that, we will have to consult the administrators and the lawyers to find out whether what we do is in keeping to the provisions of the law of this country, but our intention is to go for people who have shown a tendency to be corrupt or who had committed known corruption," he said.