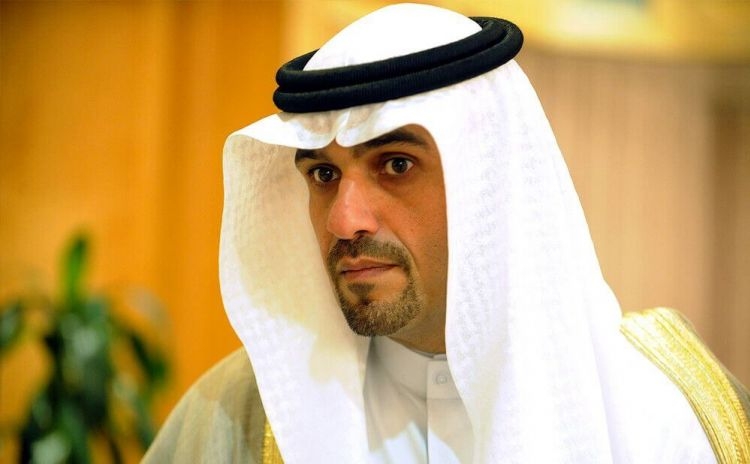 "I have been very firm in saying there can be no backtracking, the reforms are going ahead," Al-Saleh said in an interview the Arabian Business magazine.

Al-Saleh has devised a package of fiscal reforms he hopes would change Kuwait's economic make-up for good.

He mentioned two main challenges. "The first is the short-term challenge, to close down the deficit, and the other is the medium to long-term one, diversifying the economy.

"On the first, we are doing well. We have a set of reforms we are now revamping to be more efficient. We've been in contact with industry associations from accounting, law, economics and other sectors to take long-term views on what is required because we have to build up a consensus that reforms are necessary." He stressed that previous limp efforts to reduce oil dependence must be sharpened and, finally, brought to fruition.

"We still have 90 percent of our revenues coming from oil. Like many GCC states, we are oil dependent and this is definitely not sustainable.

"But we are dealing with it now and we are dealing with it even if the oil price goes back up to USD 100 per barrel... ." The first version of the National Program for Fiscal and Economic Sustainability (FES) was published in March 2016 and includes measures such as subsidy cuts, which had already been partially implemented.

The five-year plan to 2021 sets out reforms categorized into four areas:

The program has started to yield positive results, such as USD 3.6 billion in savings from budgeted to actual expenditure for the last fiscal year, according to the Ministry of Finance.

Kuwait has cut electricity, water and fuel subsidies as part of its reform plan, including hiking the cost of petrol by up to 80 percent.

Kuwait has also begun looking at alternative means of raising finance, such as its USD eight billion debit international bond issue in March, for which orders totaled a reported USD 29 billion.

Despite such progress, the International Monetary Fund (IMF) said in November that Kuwait would need USD 114 billion to finance its deficit over the next six years. Al-Saleh is now preparing to publish a revised version of the FES in the next few weeks, in what he hopes would achieve further efficiencies and improve the business environment.

The new FES version would focus on achieving greater efficiencies within government - "tightening belts within the house rather than touching the pockets of citizens," Al-Saleh made it clear.

There are no plans to extend controversial subsidy cuts, he said; instead, government entities will face tighter fiscal constraints, such as a ban on signing leases for new office space.

"I am saying to departments, it's top-to-bottom now, this is your budget, give me your priorities," Al-Saleh stated.

Other reforms are aimed at improving the business environment, with a long-awaited insolvency law to be passed in the coming weeks; an amendment enacted this month to remove capital requirements for new businesses; and a decision to slash fees for corporate licensing renewals.

"We are doing everything possible to enhance our ranking in the World Bank's Ease of Doing Business report," Al-Saleh stressed.

The revised plan is intended to help close the deficit "tremendously," shrinking shortfall by at least USD three billion annually over the next five years, with a targeted budget ceiling of USD 65.7 billion each year to 2020, Al-Saleh pointed out.

The plan is expected to support the New Kuwait 2035 economic diversification plan while maintaining the country's Aa2 sovereign credit rating.

The privatization of government assets, which include Kuwait Airways and Sabiya power plant, are expected to begin this year.

Despite his concern over Kuwait's long-term fiscal sustainability, the minister insists in his interview he is not panicking.

"Our reserves have given us a strong backbone to face the headwinds coming in...," he said.

He argued Kuwait Investment Authority (KIA)'s investments - "made overseas for prudence and diversification" - further temper his anxiety about the budget shortfall and support his reasoning that there is no need to impose further cuts on the general public.

"Our reserves are just over USD 500 billion and KIA has been the (generating) average annual growth of 6.9 percent. If it does only three percent, I will still pay my deficit in the next five years," Al-Saleh explained.

"Having said that, we don't want to rely on (that income stream). We want to benefit from the drop in oil prices and use it to implement reforms for sustainability."

"We were overwhelmed with demand from quality names and the book quickly filled up. We got a spread (calculation) of 75 (basis points) over five years - unheard of in the GCC." Kuwait is drafting a law to permit the issuance of longer-term bonds - up to 30 years compared to the five- and 10-year debt issued in March. Al-Saleh reveals such a bond could be issued in 2018, at a smaller scale, possibly with some Islamic instruments, too.

"Our plan is to be a rational prudent borrower and continue to be in the market over the coming years, even after we close our deficit. We want to build up a proper sovereign yield curve and help corporates back home to benefit from that," he said.

"We also want to explore new financing instruments for our budget rather than financing it from our reserves." Under the proposals, the legislation will permit the government to borrow up to USD 65.7 billion over 20 years; the current ceiling is USD 32.8 billion. Al-Saleh added other planned legislation such as the insolvency law would encourage businesses to set up in Kuwait.

However, he admitted he has shelved plans to introduce corporation tax, fearing it could place Kuwait at a competitive disadvantage unless all of the GCC states impose it simultaneously. That is what the GCC is doing with a value-added tax (VAT) due to being implemented from January 1, 2018.

Al-Saleh cautioned against presuming the VAT will bring about significant fiscal change in Kuwait. He said his present focus is top-down government rationalization. "I wouldn't lean on (VAT) too much. There is so much tightening we can do within the system that would pay us more.

"The procedures we are issuing in the new plan include more efficient tightening that will not hurt our tummies too much, but hopefully make sure we do not overeat," he said.