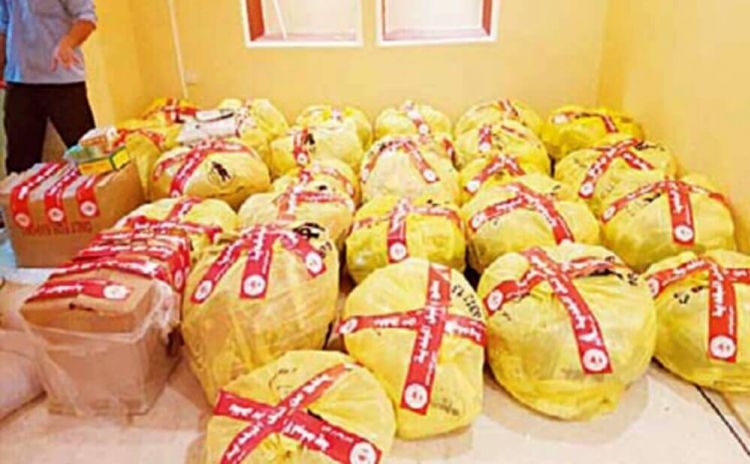 KUWAIT CITY, April 17: Commenting on what has reported by local dailies that there is a delay in honoring the decisions which have been issued by the Ministry of Commerce concerning ban on the import of meats and shrimps from India, the US, and Italy, the Kuwait Municipality Director-General Eng Ahmad Al-Manfouhi said the files of goods import department have been referred to the legal department for investigation and the Municipality is waiting for the outcome of the investigations, reports Al-Rai daily.

Deputy Director-General for Services Affairs Sector Khalaf Al-Masoud asserted no spoiled foods find their way into the country. He affirmed the foodstuffs are subjected to thorough inspection by the Municipality and the General Customs Department. He announced legal action will be taken against any company that attempts to import spoiled foodstuff into the country. The cargo will be confiscated, the stores will be administratively shut down and the company will be referred to the Public Prosecution.

The Public Relations and Media Department of Kuwait Municipality in a press release revealed about the removal of 85 illegal advertisements and issuance of five citations in Mubarak Al-Kabeer Governorate as well as confiscation of half a ton of foodstuffs and banned items and issuance of 15 citations in Capital Governorate, reports Al-Seyassah daily.

The department explained that the emergency team carried out inspections tours in Mubarak Al-Kabeer Governorate on various streets and avenues which resulted in the removal of 85 violating advertisements and issuance of a citation against a building that was constructed without obtaining the municipal license.

In the Capital Governorate, the Waste Removal Department launched several campaigns on shops, restaurants, and warehouses in Qibla, Sharq and Shuwaikh areas to verify the validity of the foodstuff provided to consumers. The campaigns resulted in the destruction of half a ton of foodstuffs and the banned “Suwaika” as well as the issuance of 15 citations.