Ooredoo named as one of world’s top 50 telecoms brands 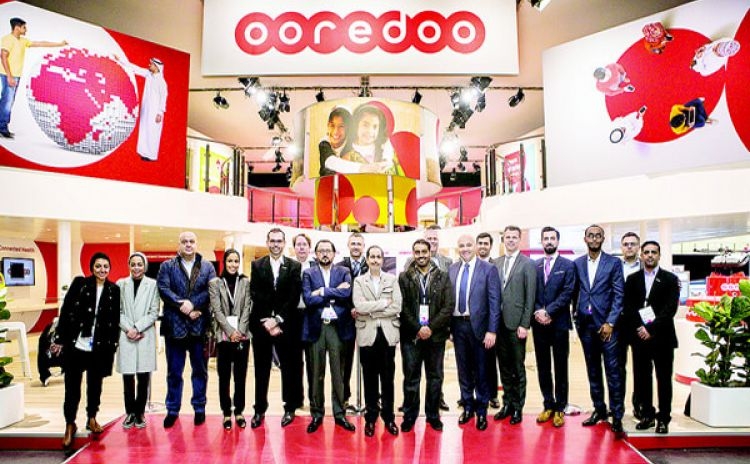 The news comes as Ooredoo hosts one of its largest and most technologically-advanced product demonstrations at Mobile World Congress 2017 taking place in Barcelona this week.

The report, Telecoms 500 2017, values the brands of operators and infrastructure companies around the world. Brands are first evaluated to determine their strength, based on factors such as marketing investment, familiarity, loyalty, staff satisfaction and corporate reputation, and this is used to determine what proportion of a business’s revenue is contributed by the brand.

This information is then used to rank the world’s 500 most valuable telecoms brands. Ooredoo has risen to become the 47th biggest telecoms brand in 2017, appearing in the top 50 for the first time in its history.

Since beginning the rebranding process in 2013 with a special ceremony at the Mobile World Congress, Ooredoo has rolled the Ooredoo brand out in eight markets in the Middle East, North Africa, and Southeast Asia. During that time, its total brand value has grown from less than $1 billion to more than $3 billion, propelling it into the top 50.

According to the report, Ooredoo’s brand value has consistently increased since the company began its global brand roll-out, which the report calculates as $3.1 billion in 2017. With more than 138 million customers, the Ooredoo brand is becoming one of the most widely-recognised communications brands in the world today.

Sheikh Saud Bin Nasser Al-Thani, Group CEO, Ooredoo, said: “Ooredoo continues to evolve and reach new customers and new markets around the world. We have set our operations the target of becoming data experience leaders across our global footprint, and to enable everyone to enjoy the internet on Ooredoo networks. This report demonstrates the progress we have made to date, and also the incredible momentum of our brand.”  As part of the Ooredoo brand roll-out, the company executed a major modernisation process which has included network investment, customer service revamps and digital content boosts across its markets.

In its pursuit of data experience leadership, Ooredoo has invested in building world-class networks, offering 4G services in eight out of 10 markets and launching 4G+ services in a number of key markets. The company is also testing 5G solutions to sustain Ooredoo’s leadership in this area.

As a reflection of the success of this strategy, revenue from data increased to 40% percent of Group Revenues in 2016, a new record for the company.

Other highlights from the Telecoms 500 2017 report include AT&T overtaking Verizon as the most valuable telecoms brand in the world, and Huawei retaining the top spot in the infrastructure table.

The Mobile World Congress 2017 runs until 2 March in Barcelona, Spain.