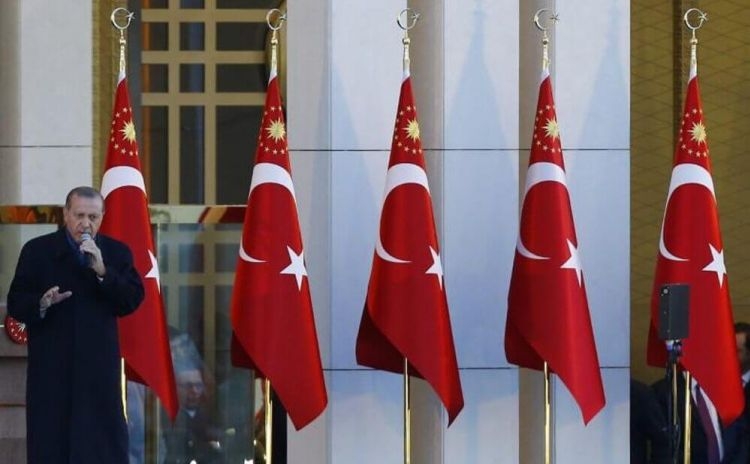 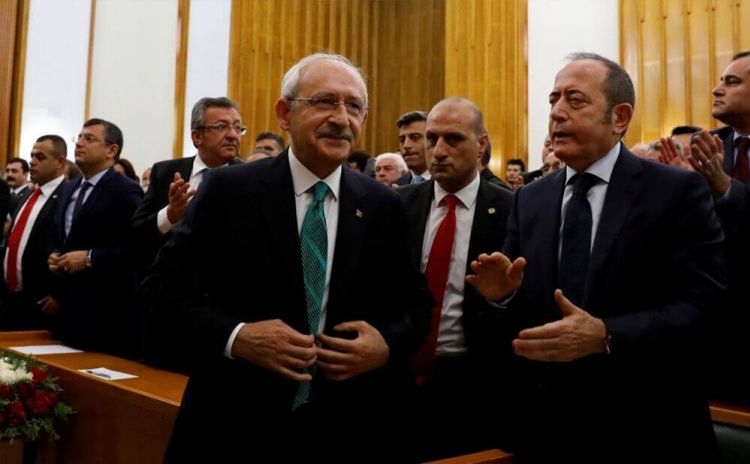 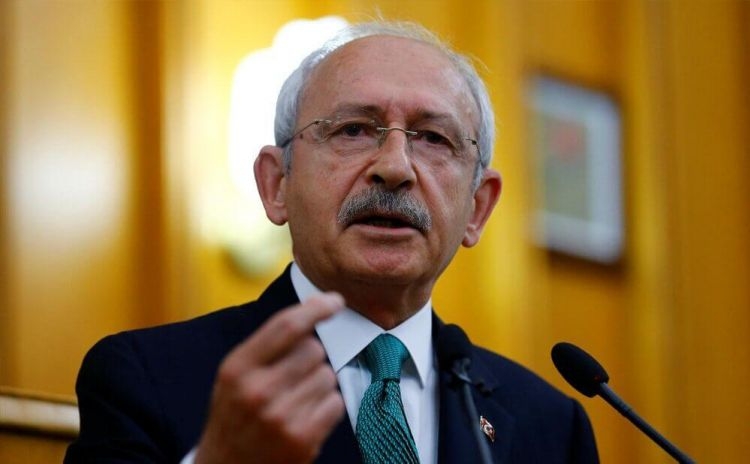 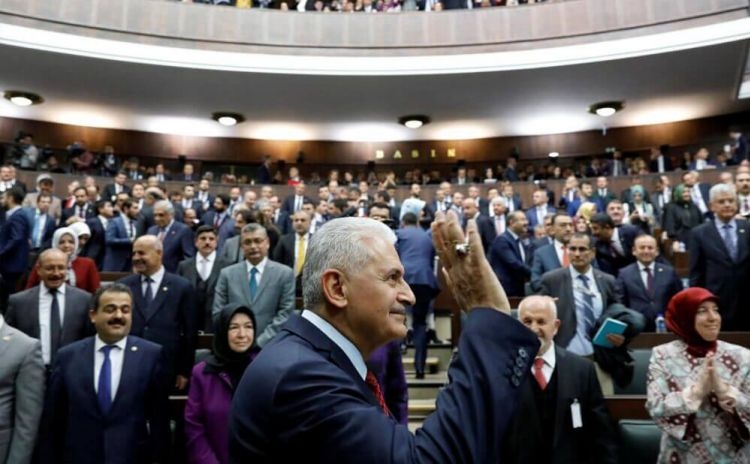 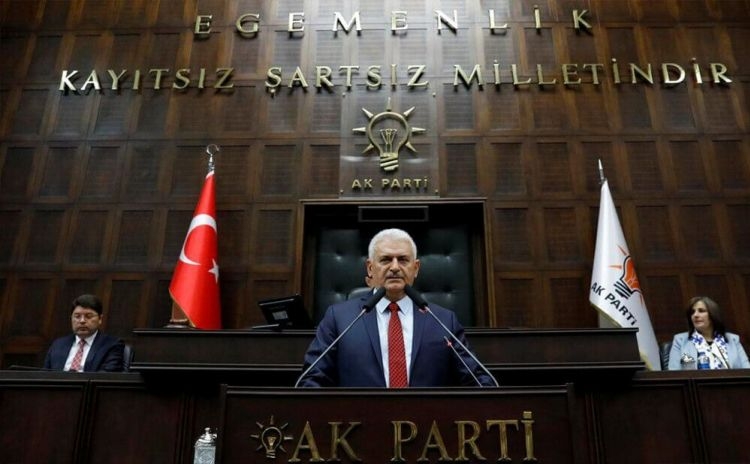 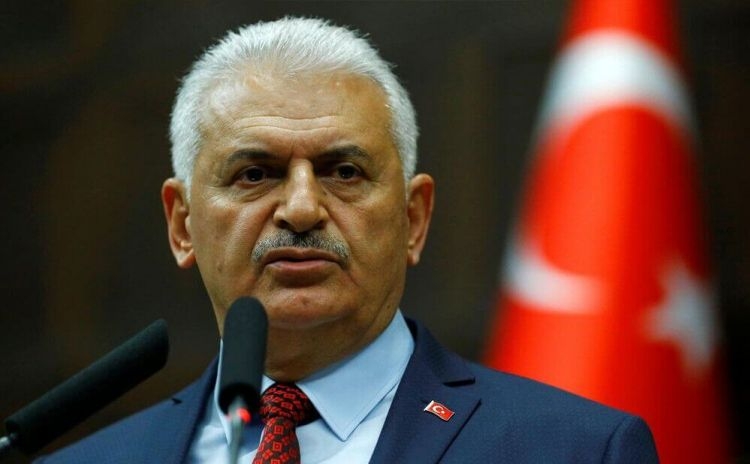 ANKARA: Turkey's main opposition began a battle on Tuesday to annul a referendum handing President Tayyip Erdogan sweeping new powers, while the bar association and an international monitor said an illegal move by electoral authorities may have swung the vote.

A defiant Erdogan, whose narrow victory exposed the nation's deep divisions, has said Sunday's vote ended all debate on the more powerful presidency he has long sought and told European observers who criticized it: "talk to the hand".

Prime Minister Binali Yildirim, whose job will cease to exist once the constitutional changes take full effect, said Erdogan would be invited to rejoin the ruling AK Party as soon as official results are announced, a sign the government has no intention of waiting to see the outcome of opposition appeals.

Under the outgoing constitution, the president had been required to remain impartial and renounce party political ties.

Few in Turkey expect legal challenges to the referendum to lead to a recount, let alone a re-run. But if unresolved, they will leave deep questions over the legitimacy of a vote which split the electorate down the middle, and whose polarizing campaign drew criticism and concern from European allies.

Turkey's bar association said a last-minute decision by the YSK electoral board to allow unstamped ballots in the referendum was clearly against the law, prevented proper records being kept, and may have impacted the results.

"With this illegal decision, ballot box councils (officials at polling stations) were misled into believing that the use of unstamped ballots was appropriate," the Union of Turkish Bar Associations (TBB) said in a statement.

"Our regret is not over the outcome of the referendum, but because of the desire to overlook clear and harsh violations of the law that have the potential to impact the results," it said.

The main opposition People's Republican Party (CHP), which has said it will take its challenge to the European Court of Human Rights if necessary, presented a formal appeal to annul the vote to the YSK.

CHP deputy chairman Bulent Tezcan said the number of missing votes was "unprecedented", although the exact number of unstamped ballots was unknown.

YSK Chairman Sadi Guven said on Monday the last-minute decision to allow unstamped ballots was not unprecedented as the government had previously permitted such a move.

An Austrian member of the Council of Europe observer mission said up to 2.5 million votes could have been manipulated, almost double the margin of Erdogan's victory, and that the YSK decision on unstamped ballots appeared illegal.

"These complaints are to be taken very seriously and they are, in any case, to such an extent that they would turn around the outcome of the vote," Alev Korun told ORF radio.

The European Commission, which unlike U.S. President Donald Trump has declined to congratulate Erdogan on Sunday's vote, called on Turkey to launch a transparent investigation into the alleged irregularities.

"There will be no call to Erdogan from the Commission, certainly not a congratulatory call," a Western official with knowledge of EU policy told Reuters. "Turkey is sliding towards a semi-authoritarian system under one-man rule".

Election authorities have said preliminary results showed 51.4 percent of voters had backed the biggest overhaul of Turkish politics since the founding of the modern republic, a far narrower margin than Erdogan had been seeking.

Erdogan argues that concentration of power in the presidency is needed to prevent instability. Opponents accuse him of leading a drive towards one-man rule in Turkey, a NATO member that borders Iran, Iraq, and Syria and whose stability is of vital importance to the United States and the European Union.

Speaking in parliament on Tuesday, Yildirim said "rumors" of irregularities were a vain effort to cast doubt on the result.

"The people's will has been reflected at the ballot box, and the debate is over," he said. "Everyone should respect the outcome, especially the main opposition".

The YSK said on its website on Sunday, as votes were still being cast, that it had received "considerable complaints" that voters had been given slips and envelopes without official stamps and that - after an appeal from a ruling AK Party official - it would accept unstamped documents as long as they were not proven to be fraudulent.

The bar association, whose head Metin Feyzioglu is seen as a potential future leader of the opposition CHP, said it had also received phone calls from many provinces about unstamped ballots on Sunday and that its lawyers had advised that records of this should be closely kept once ballot boxes were opened.

But it said that had failed to happen, and that evidence of irregularities had therefore not been properly archived.

On its website, the YSK gave four examples of cases in previous decades where unstamped ballots had been accepted at individual ballot boxes. But those cases only affected several hundred votes and the decision was taken days after the vote and only once the possibility of fraud had been ruled out.

The YSK has also decided to annul elections in the past because of unstamped ballots. It canceled the results of local elections in two districts in southeastern Turkey in April 2014 and re-held them two months later.

And in Sunday's referendum, the YSK's overseas election branch had already rejected an appeal by a ruling AK Party official to have unstamped envelopes counted as valid.