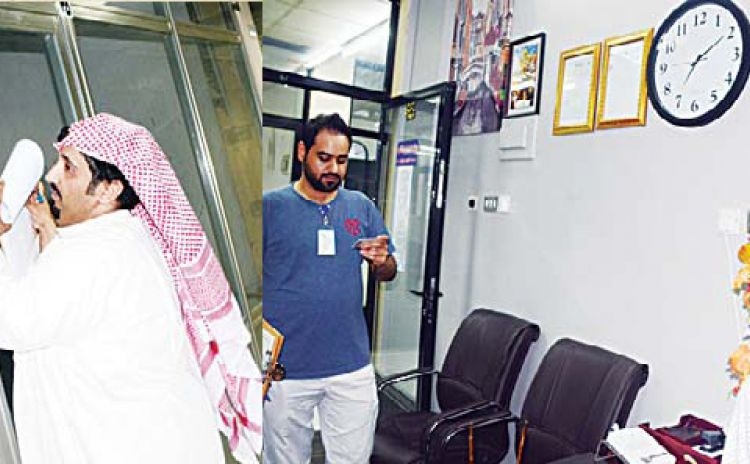 He revealed some of these establishments were found to be inactive and there were signs that they are not carrying out any of the supposed activities despite the issuance of licenses and civil numbers for these establishments. He added some of the shops were in an abandoned state, were turned into labor accommodation or without any office furniture to show activity, save for possessing expired licenses.

Pointed
He pointed out some of the license holders deal with governmental agencies; thus, the need to coordinate with these agencies to take legal measures against the erring establishments. He affirmed cooperation between PAM and Public Authority for Civil Information (PACI) to verify the licenses and civil numbers of these establishments, indicating there will be an audit for their licenses and workers registered therein.

He warned that code 72 will be applied on these establishments and they will be referred to the Investigation Department under code 71 after the owners check with the authority. He added harsh punishments will be imposed on them under the new law if their files are referred to the concerned authority now. He went on to say there is a move not to issue licenses or civil numbers for certain complexes unless these sites are verified and validated.

He confirmed the authority will coordinate with the relevant ministry to blacklist them. Asked about the fingerprint attendance for inspectors and the possibility to exclude them from the compulsory fingerprint attendance, Al-Moussa clarified the inspectors were excluded from the system when the decision was within PAM; but since the new decision was issued by the Civil Service Commission (CSC), it has become compulsory for all employees in State institutions.

He said Minister of Social Affairs and Labor Hind Al-Sabeeh had earlier met with a delegation of inspectors; during which certain solutions were presented, such as registering fingerprint in the nearest administration.

For example, if an inspector is assigned to carry out inspection work in Farwaniya and his work office is in Ahmadi, his fingerprint should be registered in Farwaniya and so on. He also unveiled the new mechanism of the Investigation Department where 300 new machines will be available by the end of this year to facilitate the registration of violations electronically without the interference of an official or leader or even the minister.