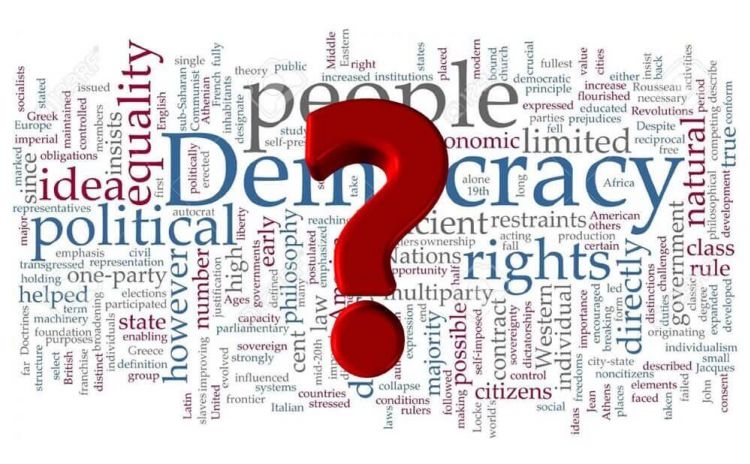 April 6: Several political activists and citizens Thursday organized a public protest in Mubarakiya area to demand permanent proscription of the National Assembly, with placards petitioning for the referral of public funds embezzlers to prosecution and suspension of citizenship law amendment, in addition to Cabinet dissolution.

Prominent woman political activist Aisha Al-Rushaed commended the political leadership under HH the Amir Sheikh Sabah Al-Ahmad Al-Sabah, and called on him— as a father who usually considers the masses in his decisions— to shut the National Assembly permanently. She said the citizens of Kuwait are fed up with the Parliament, which signifies a failed democracy in the country.

She noted troublemaking only draws the country backward and that citizens are eager to see Kuwait restored to its lost glory and reclaim its leadership role among peers— as in the past. She stressed the protesters were trying to send a message to remind the National Assembly that citizens elected them, and the same citizens are the ones to send them off. She required the lawmakers to mention what they have achieved since assuming the position except for flexing muscles over political interests.

She observed some lawmakers are exploiting citizens on the issue of citizenship law amendment “but thank God the judiciary has the final say over the issue.” She said the lawmakers are expected to represent the constituents rather than seeking selfish interests and promoting foreign agenda. She indicated “citizens possess the power but lawmakers keep underrating what they can do, thinking they can only complain without taking action”.

She suggested a section of the National Assembly should be converted to a hotel and the other part should serve as a Consultative Council where competent Kuwaiti youths could deliberate on matters concerning the country “since we have many competent youths with great minds.” “The Cabinet has also failed citizens, as they conspire with lawmakers to destroy the country. We don’t want them anymore, because they are no better than the lawmakers. Let them go. We shall be better off with the Advisory Council (Al-Shura Council)”, Al- Rushaed stressed.