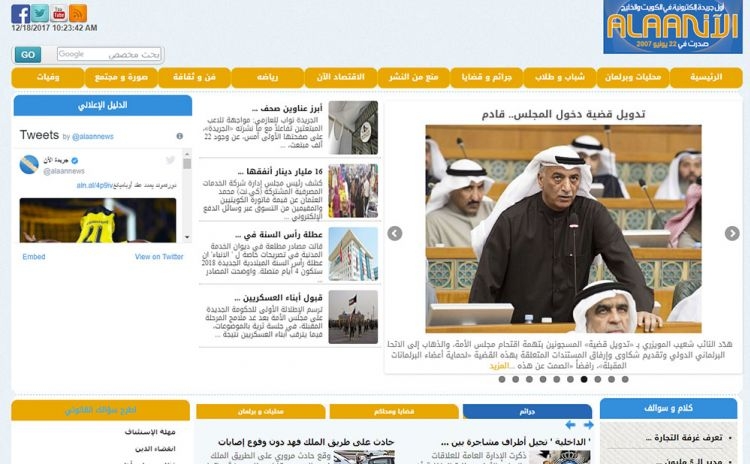 KUWAIT: A popular Kuwaiti news website was hacked yesterday by hackers who claimed to be Saudi and lamented the “poor protection” that Kuwaiti government websites have against cyber-attacks.

Users trying to access Alaan.cc website yesterday were briefly met with a black screen instead with text saying that the page was hacked by a group of hackers led by a person identifying himself as ‘Silver Hacker.’

The hackers published information they claimed were taken from websites of various Kuwaiti state departments that they said they have also hacked, showing details about tenders awarded and their value.