The Civil Service Commission announced on Tuesday the official holiday of Al-Isra and Al-Mi'raj will be on Thursday, April 27, 2017, Ministries and government bodies will resume work after the weekend on Sunday, April 30.

Kuwait will observe April 27 as the official holiday marking the annual religious occasion, Israa and Miraj, the Civil Commission Service said on Tuesday. Israa and Miraj falls on April 24 but the country will observe it on April 27 in line with a Government resolution to observe it, along with the Prophet’s (PBUH) birthday, on Thursday if they fall on a day between two working days. Normal work will resume on April 30.

Authorities and departments with special tasks can set the date for the holiday in light of public interests. The Israa and Miraj refer to two parts of a miraculous journey that Prophet Muhammad (PBUH) took in one night from Makkah to Jerusalem and then ascended to the heavens. (KUNA) 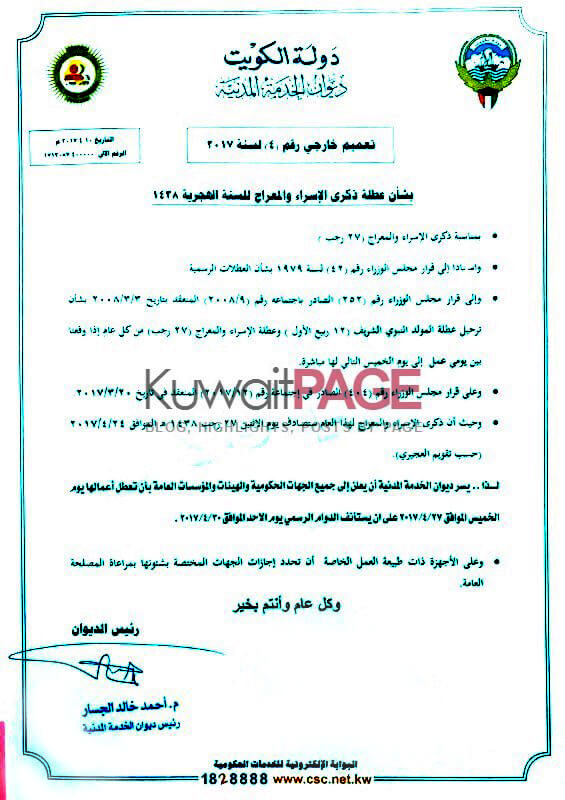