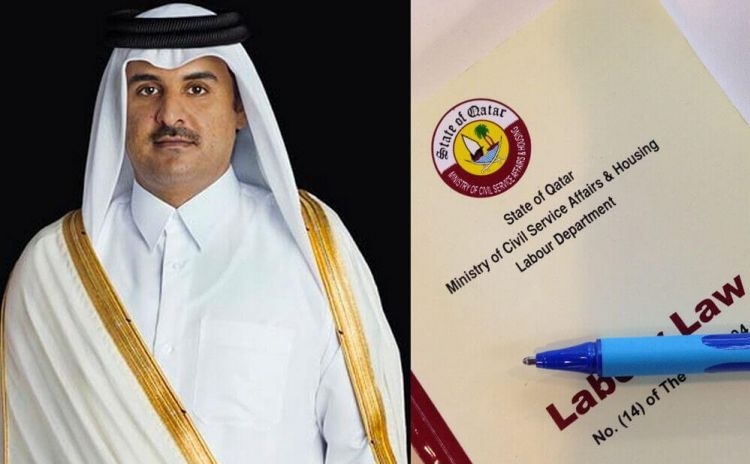 Today, Law No. 21 of 2015 comes into effect and introduces new provisions regulating the entry, exit and residence requirements for all workers in Qatar.

The new measures come one year after Amir of Qatar, Shaikh Tamim bin Hamad Al Thani, signed the reforms into law. The law abolishes the Kafala system and guarantees greater flexibility, freedom, and protection to Qatar’s more than 2.1 million salaried workforce. Discussing the announcement at a press conference today, the Minister of Administrative Development Labour & Social Affairs Dr. Issa bin Saad Al-Jafali Al-Nuaimi said: “The State of Qatar is enormously grateful to the millions of workers who have come to Qatar to build our nation’s infrastructure during this period of rapid change. The new law is the latest step towards improving and protecting the rights of every expatriate worker in Qatar. It replaces the Kafala system with a modernized, contract-based system that safeguards worker rights and increases job flexibility.”

“We welcome any comment or constructive criticism and will continue to do so in the future. However, we urge the international community not to draw any definitive conclusions until there has been time to see the new law in action. At its core, we are doing this because we believe it is the right thing to do and because it provides tangible new benefits to expatriate workers. This is why we will work diligently to ensure it is properly implemented, including increasing our monitoring capabilities and hiring more compliance inspectors to tighten the net on companies who violate the law.”

On the subject of enforcing the law, Brigadier Mohammed Ahmed Al Atiq, Director General of the Department of Passport and Expatriates Affairs in the Ministry of Interior said: “Enforcing Law No. 21 of 2015 is a government priority. Its success will be measured by how it is implemented in the weeks, months and years ahead.”

Under the new rules:

A statement released by the Ministry of Administrative Development, Labor and Social Affairs said the changes are intended to ensure “greater flexibility, freedom and protection” to the more than 2.1 million workers in Qatar. The minister responsible for labor, Issa bin Saad al-Jafali al-Nuaimi, said

Qatar welcomes constructive criticism, and he urged outsiders to give the law time to take root before drawing any conclusions. He said the ministry is boosting its monitoring efforts and hiring more labor inspectors to enforce compliance. “We are doing this because we believe it is the right thing to do and because it provides tangible new benefits to expatriate workers,” Al-Nuaimi said. Although the statement suggested the policies take effect Monday, the government subsequently confirmed they would only become law on Tuesday — a year after the ruling hereditary emir signed off on the change. Under the new law, workers will be free to leave Qatar as long as they inform their employer first. Employees whose bosses refuse can appeal to a government committee that must address requests within three days.