King Salman was not only the cynosure of all eyes in the Qatari capital, Doha, yesterday but also in much of the online world as well.

The king arrived in Qatar on Monday as part of a regional tour. He is en route to the annual summit of Gulf Cooperation Council (GCC) states in Bahrain which opens on Tuesday.

Acknowledging the warm reception given to him by Qatari Emir Sheikh Tamim bin Hamad Al-Thani and a number of Qatari tribesmen, the elderly king made a few sprightly moves as the drums beat in the background.

The video of the king doing the Ardha dance in Qatar went viral on Facebook, Twitter and other social media outlets in a matter of minutes. The video captured a smiling and jubilant king, enjoying every moment of the traditional reception with the tall, young Qatari emir at his side.

The king raised his right hand and, in time to the beat of the traditional music, shook his leg. In front of him, the Qatari tribesmen raised their swords in the air as they performed the traditional dance.

A few minutes later, the king waved his walking stick in the air with his right hand as he held his “mishlah” in place with his left. From his smile and his obvious enthusiasm, all could see that he was enjoying those moments.

The king has been seen performing Ardha dance in the past, but this time, it was different. What was extraordinary was how energetic he was and also that he gave a solo performance.

King Salman has played a key role in bringing the GCC states together. He began his tour in the UAE, a key pillar of the Saudi-led Arab coalition that has been battling the Iran-backed Houthi militias in Yemen since March 2015. 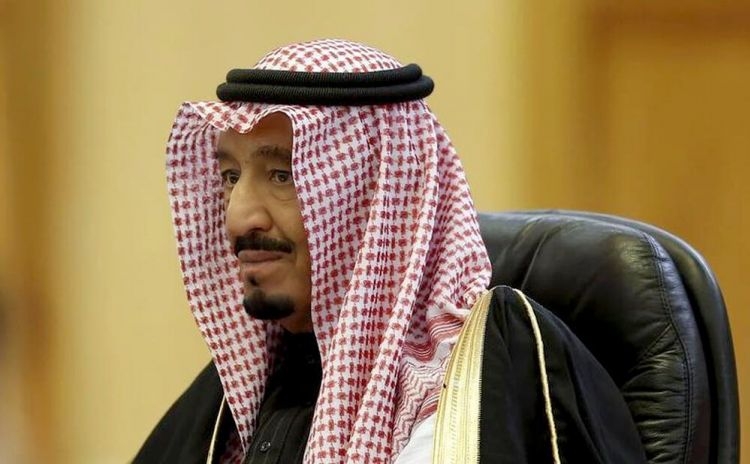