Security beefed up against DAESH sleeper cells in Kuwait 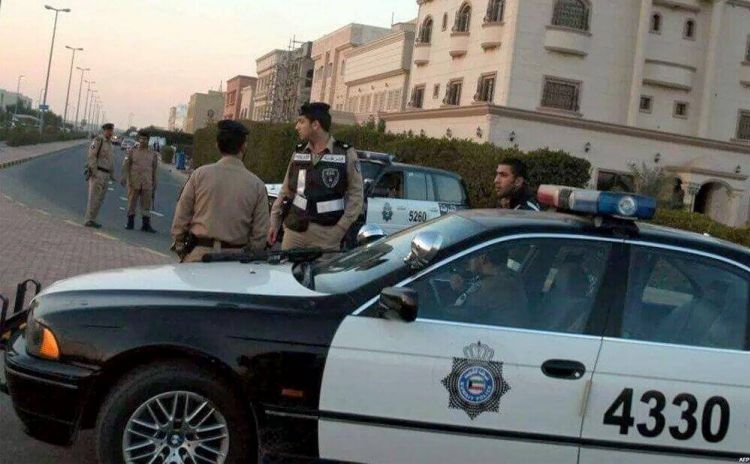 April 9: As the Ministry of the Interior tightens the noose around terrorist suspects following the arrest of Kuwaiti Hussein Al-Dhufairi and his Syrian wife Rahaf Zina in the Philippines, Abu Faisal, the brother of Hussein has denied that his brother belongs to the outlawed DAESH or the so-called Islamic State organization, reports Al-Qabas daily.

Abu Faisal denied the charge against his brother and stressed the latter is a businessman and that he frequently visits the Kuwaiti embassy in Manila almost on a daily basis. Abu Faisal told the daily the only charge that his brother was arrested for is because his wife is a violator of residence law of the Philippines.

The daily pointed out another brother of the accused was taken into custody upon his arrival yesterday from the Philippines. He criticized what he called the abuse of power by the security services, the manner in which the raid was conducted and the arbitrary arrest of seven members of his family without charge.

On the other hand, reliable sources told the daily, security has been stepped up following additional information from the Gulf security agencies on the terrorist sleeper cells which are prone to carry out terrorist operations as the holy month of Ramadan approaches.

The sources said the State Security authorities have circulated the names and pictures of suspicious elements at all border crossing points in anticipation of their entry into Kuwait. The Kuwait General Administration of Customs, the sources said, has been alerted after receiving information from the Ministry of Interior to tighten measures and confiscate any forbidden items that may be smuggled into the country.

The administration has been asked to report any suspicious activity to the State Security police. In the meantime, the Al-Rai daily said the Philippines authorities are checking on the possibility of other foreign terrorists operating in the country following the arrest of the Kuwaiti and his Syrian wife – suspected of being members of terror group Islamic State. Philippines Justice Secretary was quoted as saying, “We are going to continue in partnership with our intelligence units to verify if there are other persons involved.” He added the Philippine Bureau of Immigration (BI) is readying deportation proceedings against Al-Dhufairi and Zina. With the arrest of the couple, presidential spokesman Ernesto Abella called on the public to be vigilant against possible terror acts and criminality.