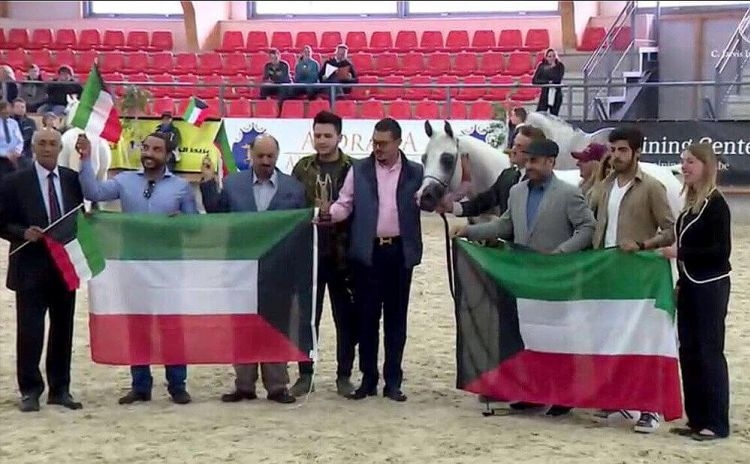 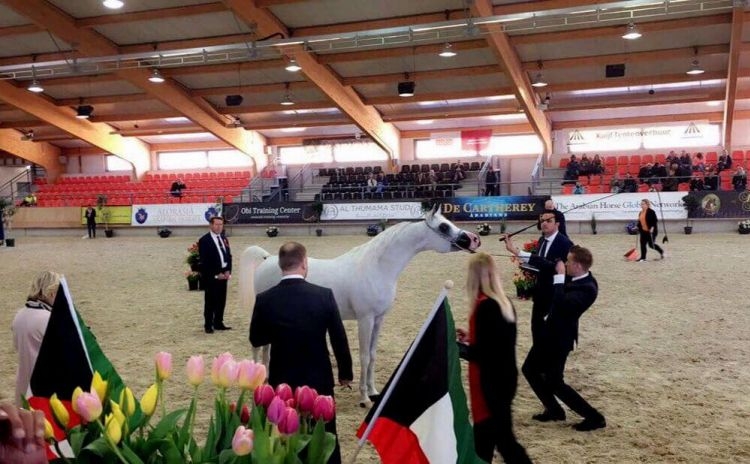 BRUSSELS, May 1 (KUNA) -- The stallion Khaled Al-Hamad owned by Sheikh Hamad Khaled Al-Hamad Al-Malik Al-Sabah has won the golden cup at an international horse show in the Netherlands.

The two-day annual show "Tulip Cup Holland" for Pure-Bred Arabians was held at the National Equine Federation Center in Ermelo, 50 km southeast of Amsterdam. The results were announced Sunday night. Khaled Al-Hamad competed in the class for 4-6 years stallion. He was first in his class with the highest score. In a statement to KUNA, Sheikh Hamad expressed his happiness for winning and representing Kuwait in the European Championship.

He hoped for more positive results for Kuwaiti breeders, who proved to the world that Kuwaiti horses have the best standards in the world.

On his part, the counselor at Kuwait Embassy in the Netherlands Ali Salem Al-Thaidi congratulated Sheikh Hamad on this remarkable international achievement.

The Tulip Cup is the event that traditionally starts the international horse show season in Europe.

The horses were judged for conformation, beauty, and movement by a panel consisting of four international experts.