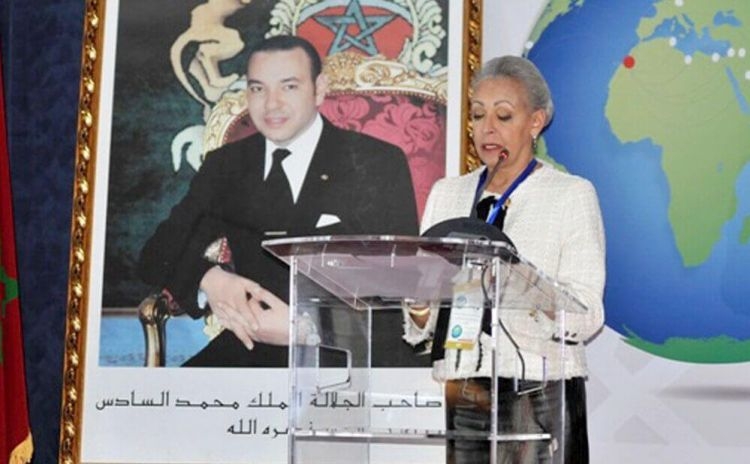 Chairperson of Kuwait Businesswomen Committee Sheikha Hessa Saad Al-Abdullah Al-Salem Al-Sabah said Tuesday the Kuwaiti women have always been self-made and shoulder their responsibilities at present as they used to do in the past.

Marrakech, Dec 13: In the past, Kuwaiti mothers used to be independent in taking care of their children when the father goes fishing or pearling or dies. So, it's no wonder nowadays that they assert themselves economically and assume high posts in the public or political life on equal footing with men," Sheikha Hessa, also Chairperson of Council of Arab Businesswomen pointed out.

She made the remarks in an interview with KUNA on the sidelines of the Arab businesswomen forum being held here on December 12-16.

Sheikha Hessa noted that she engaged in business and public life affairs since was young thanks to the encouragement and support she received from her father.

"His Highness the Amir Sheikh Sabah Al-Ahmad Al-Jaber Al-Sabah continues backing up the woman empowerment initiatives. The Kuwaiti political leadership spares no effort in supporting the businesswomen financially or through training and rehabilitation programs.

"There are numerous successful women who took up high managerial posts in state institutions and public life as well as diplomacy and politics as is the case in the parliament," she went on.

Sheikha Hessa's presence at the economic forum was warmly welcomed by participants in the gathering.