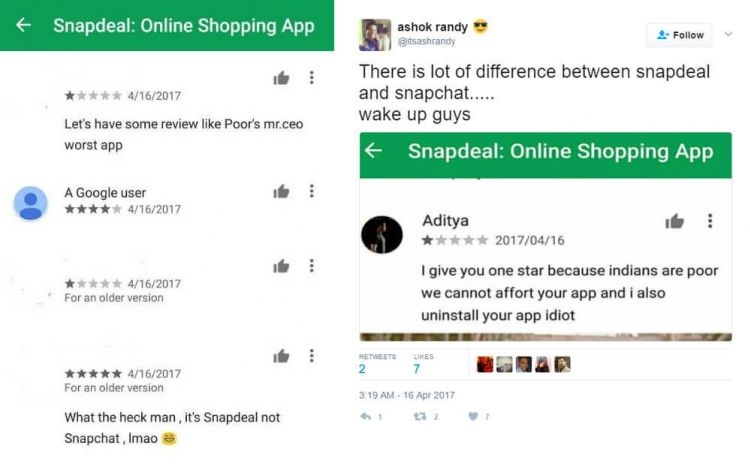 NEW DELHI: After a former Snapchat employee alleged that the social media company's CEO Evan Spiegel was disinterested to expand the business to "poor countries" like India, Indians took to social media in huge numbers to express their displeasure with these unverified comments. Very soon, #BoycottSnapchat became the top trending topic on Twitter.

People began to uninstall the app and give it poor ratings and reviews on the App Store. However, not everyone seems to have received the memo that the outrage has to be directed towards Snapchat - for many are uninstalling e-commerce website Snapdeal's app instead!

The massive blunder came to light after people took to Twitter to post screenshots of Snapdeal's App Store reviews.

This is not the first time that people are calling for a boycott of Snapdeal. In 2015, the company received flak on social media over comments made about growing intolerance in India by its brand ambassador Aamir Khan.

Snapchat, for its part, has rubbished the allegations made by its former employee. "The simple fact is that he (Mr. Pompliano) knows nothing about Snap's current metric," the company's attorneys reacted, according to Variety.