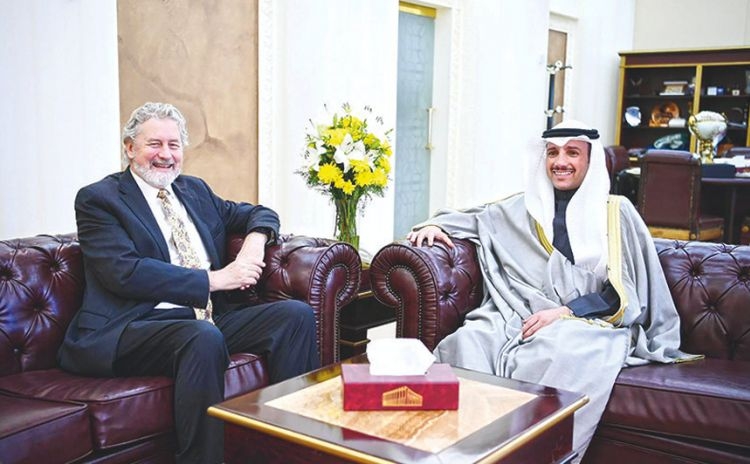 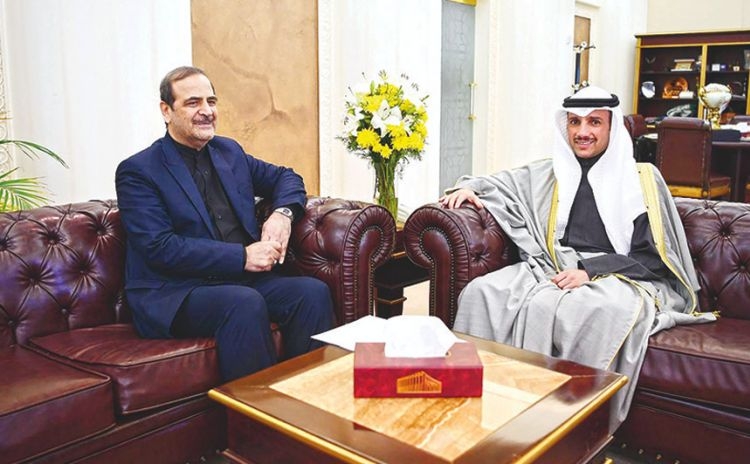 National Assembly Speaker Marzouq Al-Ghanem held talks yesterday with the US and Iranian envoys in the country in separate meetings in the wake of tensions between Washington and Tehran following the US killing of top Iranian general Qasem Soleimani. Ghanem said the talks covered wide-ranging subjects, adding he will talk about some of them during a special session to be held on Thursday.

The speaker called on the Kuwaiti people to unite around HH the Amir at this stage. Expressing his confidence in HH the Amir’s ability to navigate through hardship, Ghanem told reporters it is imperative to keep Kuwait’s national unity intact. “It is incumbent upon us at this time to stand by His Highness the Amir as he leads us to safe ground,” he said.

Late Sunday, the General Staff of Kuwait’s Army categorically denied reports about the usage of the country’s military bases to carry out attacks against certain targets in a neighboring country. In a press statement, the General Staff described the reports as untrue, and affirmed that Kuwaiti military bases were not used in such operations. It urged publishers of such fabricated reports to pursue credibility and accuracy and stop publishing or circulating such reports.

Ghanem said it had been agreed with the government to hold a special session on Thursday to debate the agreement signed with Saudi Arabia on the neutral zone and the traffic chaos. He said this part will be open to the public, while the other part of the session will be held behind closed doors to discuss regional security developments.

Ghanem also said he discussed with the Iranian ambassador the issue of receiving a man said to be an opponent of the Iranian government, adding that the man was received in the personal capacity of a researcher and not an activist from Ahvaz. The speaker said the grilling of Minister of Social Affairs and Labor Ghadeer Aseeri is listed on the agenda of today’s session, but the debate could be delayed if the minister asks for it.

The grilling accuses the minister of undermining MPs and their electorate after ridiculing statements they made about her following her inclusion in the Cabinet. Several Islamist MPs had demanded that Aseeri be dismissed because she had tweeted in support of the 2011 Bahraini protests against the government. Yesterday, Aseeri demanded an explanation over the charges listed in the grilling, saying that parts of the grilling were not clear. She also said that she is being grilled as a citizen and not for actions she did as a minister. MP Abdulwahab Al-Babtain tweeted that Soleimani was killed by Americans in Iraq and urged Kuwaitis to stay away from sectarian issues.