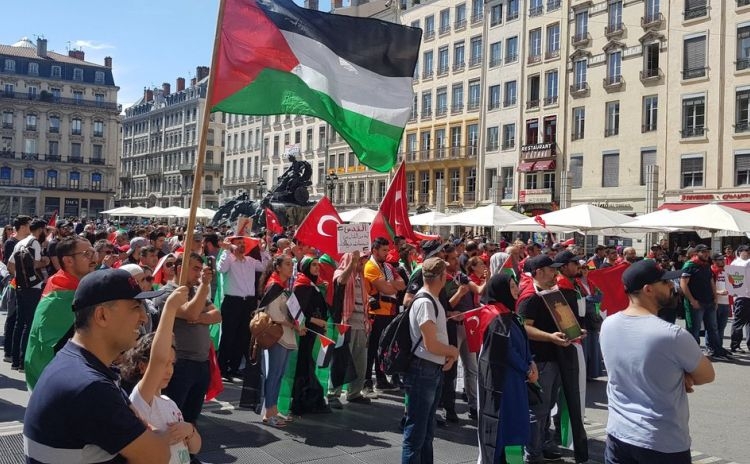 Thousands of protesters took to streets of the French cities of Strasbourg and Lyon on Sunday to protest the Israeli carnage against Palestinians in Gaza.

Local media reported that over 2,000 people marched in Strasbourg to condemn the Israeli army brutal killing of dozens of Palestinians last week and to call for prosecuting perpetrators.

In Lyon, over 500 people organized a protest against the Israeli killing and human rights violations against Palestinians.

They urged the international community and the French government to break silence and take action in face of the Israeli massacre and violations.

The protesters chanted pro-Palestinian slogans and hoisted banners with phrases condemning the Israeli crimes and expressing solidarity with Palestinian people.

On May 14, the Israeli army opened fire on unarmed Palestinians who were marking the Nakba Day ad protesting the relocation of the US embassy to the occupied East Jerusalem, killing 60 protesters and injuring over 2,000 others.