Three diplomats who were holed up at the Philippine embassy in Kuwait, arrive in Manila 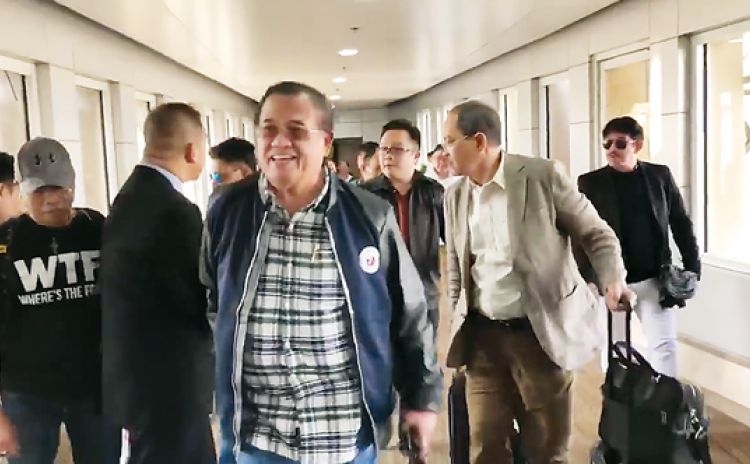 The diplomats had been sent by the DFA to Kuwait to assist in the repatriation of hundreds of undocumented Filipino workers, incurred the ire of the Kuwaiti government after they were implicated in the controversial rescue of alleged distressed OFWs.

The Kuwaiti authorities were outraged after a video recording posted online showed a rescue operation that were officially shared with the media by DFA Assistant Secretary Elmer Cato.

The controversial video footage triggered a series of retaliatory actions from the Kuwaiti authorities, which declared the Philippine Ambassador Renato Villa a persona non grata and ordered him to leave the country.

Four Embassy-hired Filipino drivers and the issuance of arrest warrants against Dado, Baquirin and Hassan.