Traffic policeman attacked by a citizen under the influence of drugs

April 10: A Kuwaiti who was allegedly under the influence of drugs has been taken into custody for assaulting a traffic policeman, reports Al-Rai daily.

The daily added this happened following a traffic accident in Mahboula involving cars of the Kuwaiti and a Bangladeshi roaming taxi driver.

The Kuwaiti reportedly started beating the Bangladeshi and when the traffic policeman intervened to solve the problem, the Kuwaiti attacked the man in uniform.

However, following the incident, the video footage of the incident went viral within seconds. The footage shows the suspect assaulting the policeman, getting behind the steering wheel and driving off. The arrest came after the traffic policeman and the Bangladeshi filed complaints with the area police station. The suspect was arrested within two hours. 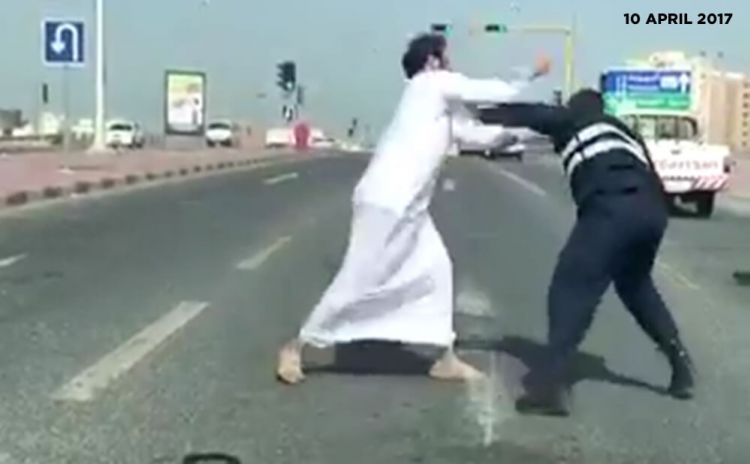