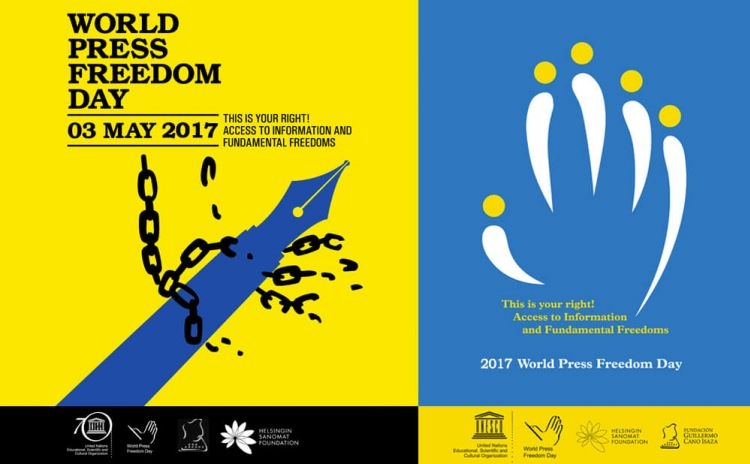 It is crucial to counter prevailing misinformation, he said, urging everyone to stand for the right to truth.

Guterres called for an end to all crackdowns against journalists - because a free press advances peace and justice for all. "When we protect journalists, their words and pictures can change our world," he said.

On this occasion, some UN member states of the Group of Friends on the Protection of Journalists held a meeting today, for the first time, which focused on the safety of women journalists in conflict situations.

The Group was established in May 2016 due to growing concern over the global increase in violence against journalists.

The US Permanent Representative to the United Nations Ambassador Nikki Haley joined other member states supporting the Group calling to uphold and promote a free and open press.

Ambassador Haley said in a statement that having an open press is a fundamental value of the United States and all other democracies worldwide.

"A free press helps to inform the public and is a necessary component to a healthy society, Far too many journalists face harassment, persecution, imprisonment, and even death simply because they report on stories that need to be told," she added.

Last year alone, nearly 80 journalists were killed, most of whom were targeted for being members of the press.

The representative of Trump's administration said Journalism is not a crime and should never be treated as such.

She expressed her pride to stand with the Group of Friends to underscore these democratic ideals that everyone should share. The group includes France, Jordan , Lebanon as well as other countries.