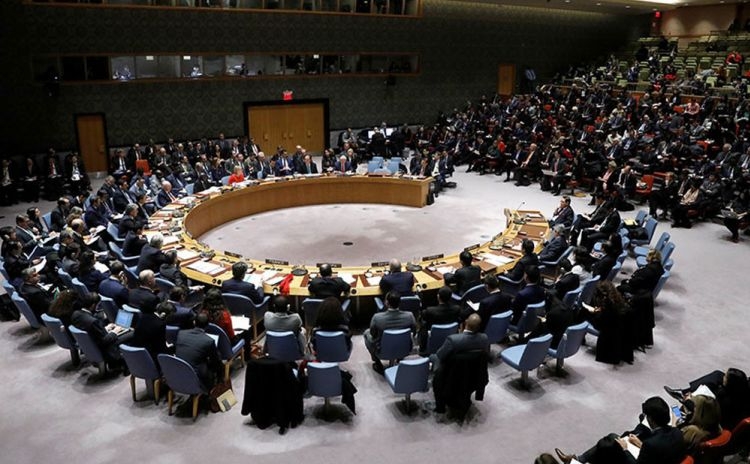 The UN Security Council is expected to vote Monday on a resolution confirming the international status of Jerusalem and outlawing any changes to it – which implies the recent US move to recognize it as the capital of Israel.

The text of the document, drafted by Egypt, which was seen by Reuters, says that “any decisions and actions which purport to have altered the character, status or demographic composition of the Holy City of Jerusalem have no legal effect, are null and void and must be rescinded in compliance with relevant resolutions of the Security Council.”

It does not specifically mention the US or its recent decision to officially recognize Jerusalem as the Israeli capital, but it implies a call on Washington to withdraw it. The text also mentions “deep regret at recent decisions concerning the status of Jerusalem.”

The one-page resolution that was circulated to the members of the UN Security Council (UNSC) on Saturday also urges all countries to refrain from establishing diplomatic missions in Jerusalem in yet another apparent message to US President Donald Trump. After he took office, the new president’s administration signalled that it could move the US embassy from Tel Aviv to Jerusalem, but had not fulfilled this promise to date.

The document also “demands that all states comply with Security Council resolutions regarding the Holy City of Jerusalem, and not to recognize any actions or measures contrary to those resolutions.” Back in December 2016, the UNSC adopted a resolution that explicitly said the international community “will not recognize any changes to the 4 June 1967 lines, including with regard to Jerusalem, other than those agreed by the parties through negotiations.”

The new resolution would need at least nine votes in favour out of 15 and no vetoes by any of the UNSC permanent members to be passed – which means it will likely be blocked by Washington. The US envoy to the UN, Nikki Haley, earlier hailed the US decision on Jerusalem as “the just and right thing to do.”

The draft resolution has already drawn fire from Tel Aviv. “No vote or debate will change the clear reality” that Jerusalem is the capital of Israel, the Israeli ambassador to the UN, Danny Danon, said on Saturday, as cited by Reuters.
The US initiative to recognize Jerusalem faced widespread international condemnation. The leaders of France, Germany and other European nations have all agreed that the US move was dangerous and harmful to the Israeli-Palestinian peace process. The Arab League also rejected the American decision, saying that it essentially amounted to the recognition of the illegal occupation of East Jerusalem by Israel.

On Saturday, Turkish President Recep Tayyip Erdogan urged the Security Council to annul Trump’s decision. He also added that if the UNSC fails to act on the issue, Turkey would “approach relevant authorities within a legal framework.”
Speaking at an award ceremony in Istanbul, the Turkish leader also warned that if Muslims lose Jerusalem they might also lose the holy cities of Mecca and Medina someday. Earlier, China expressed its support for the establishment of an independent Palestinian state, with a capital in East Jerusalem.

The leaders of Islamic countries who gathered for an emergency summit of the Organization of Islamic Cooperation (OIC) in mid-December also called for East Jerusalem to be recognized as the capital of Palestine in response to the US move. They said that Washington’s decision de facto deprived the US of the status of mediator in the Palestinian-Israeli peace process.