US Republicans, Democrats spar over killing of Iran commander 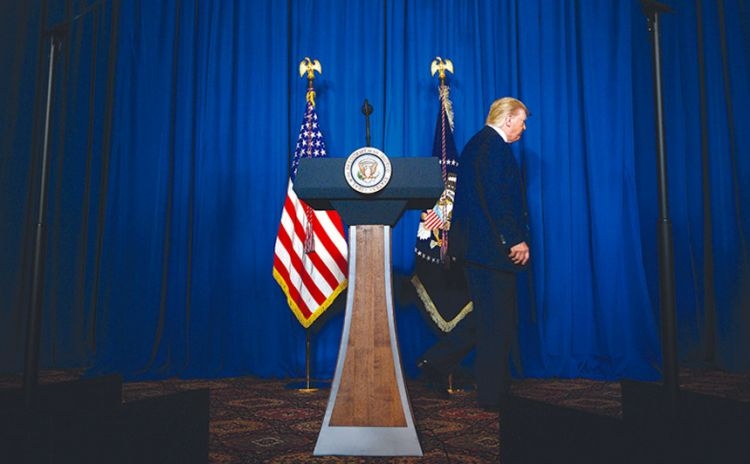 Significant US military operations on foreign soil often gain bipartisan support, as was the case in 2011 when American special forces killed Osama Bin Laden in Pakistan.

But such consensus has frayed in recent years, and the surprise pre-dawn attack in Baghdad that killed Qasem Soleimani, the head of the Islamic Revolutionary Guard Corps’ foreign operations arm, has highlighted the widening chasm on Capitol Hill. Democratic lawmakers and aides say congressional leaders including House Speaker Nancy Pelosi and Senate Minority Leader Chuck Schumer, both fierce Trump critics, were left in the dark about the deadly strike.

The White House traditionally gives warning to senior members of both parties in the Senate and House of Representatives ahead of major military action. But one Republican confidant of Trump, Senator Lindsey Graham, said he “was briefed about the potential operation” when he visited with Trump this week at his Florida resort.

“This was a defensive strike to neutralize future attacks that were being planned and executed by Soleimani,” Graham told Fox News, adding he appreciated “being brought into the orbit” of military assault planning. Top House Republican Kevin McCarthy called the attack “a display of resolve and strength,” while Senate Majority Leader Mitch McConnell said Soleimani was an “evil man.”

But while Democrats joined their Republican opponents in condemning Soleimani’s actions, and involvement in the deaths of Americans, they savaged Trump’s order ahead of this year’s presidential election. Pelosi said Soleimani’s killing risks provoking a “dangerous escalation of violence.” And Schumer chimed in that Trump “may well have brought our nation closer to another endless war.”

“A trigger happy armchair strongman, lacking congressional authority, has recklessly brought our nation closer to war,” House Democrat Hank Johnson said on Twitter. The strike on Soleimani also killed the deputy chief of Iraq’s powerful Hashed Al-Shaabi paramilitary force. It came after a pro-Iran mob this week laid siege to the US embassy in Baghdad following deadly American air strikes on a hardline Hashed faction in response to a rocket attack that killed an American contractor in Iraq.

Democrats vying for the right to take on Trump in the November election also weighed in, starting with former vice president Joe Biden, who said the Republican had “just tossed a stick of dynamite into a tinderbox.” While most Republicans backed Trump, some party moderates joined Democrats in calling for a full briefing by the administration and a congressional role on future action. McConnell said senators would hopefully get a classified briefing “early next week,” and urged them to reserve judgment until they can “review the facts.”

Senator Rand Paul, long opposed to expanded US military engagement abroad, was seemingly alone in delivering a sharp warning from Republican ranks. “A war without a Congressional declaration is a recipe for feckless intermittent eruptions of violence w/ no clear mission for our soldiers,” he tweeted.