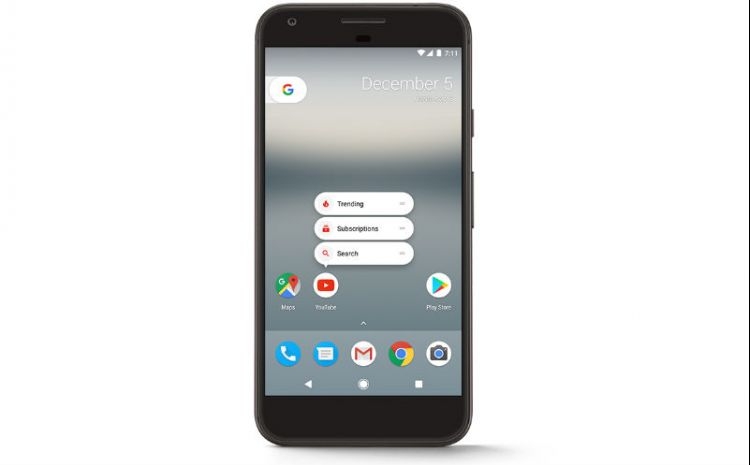 Interestingly Google is also bringing some features seen first on the Pixel smartphones to the Nexus series as well. For starters, there’s the app shortcut feature which now comes directly to your homescreen. Think of it like 3D touch functionality on the iPhone without the pressure sensitive display. All you need to press and hold on an app’s icon and the sub-menu of actions will pop-up up straight above the app.  So for example on the YouTube app icon, you can just long press and a menu showing Trending, Subscriptions, Search will open up above. Tap on anyone and the app will open straight in that section.

Android 7.1.1 gets support for Google’s “Image Keyboard”, which basically lets you find and send pictures and GIFs without leaving your messaging app of choice. It will work inside Allo, Hangouts and the Messenger app. Android 7.1.1 also includes a set of diverse emojis in order to “promote gender equality”.

While Google is updating the Pixel smartphones and selected Nexus devices to Android 7.1.1, major smartphone manufacturers are yet to push the latest Android update. But some players like Sony, LG, HTC have started rolling out the Nougat update for their phones.

Sony announced that they will start rolling out Android 7.0 for Xperia XZ. Features include Multi-window support, Longer battery life and a new messaging app for users. Sony has not specified whether this is global update has also started for India or not.

Samsung has kicked off the Android 7.0 Nougat beta program for the Galaxy S7 and S7 Edge smartphones, but again there’s no word on the final dates for when the Nougat update will roll out.

Finally, LG G5 has been updated to Android 7.0 Nougat in some regions; not yet in India. The LG V20, which just launched in India, already ships with Android 7.0 and beat the Pixel phones as the first device to launch with new OS.